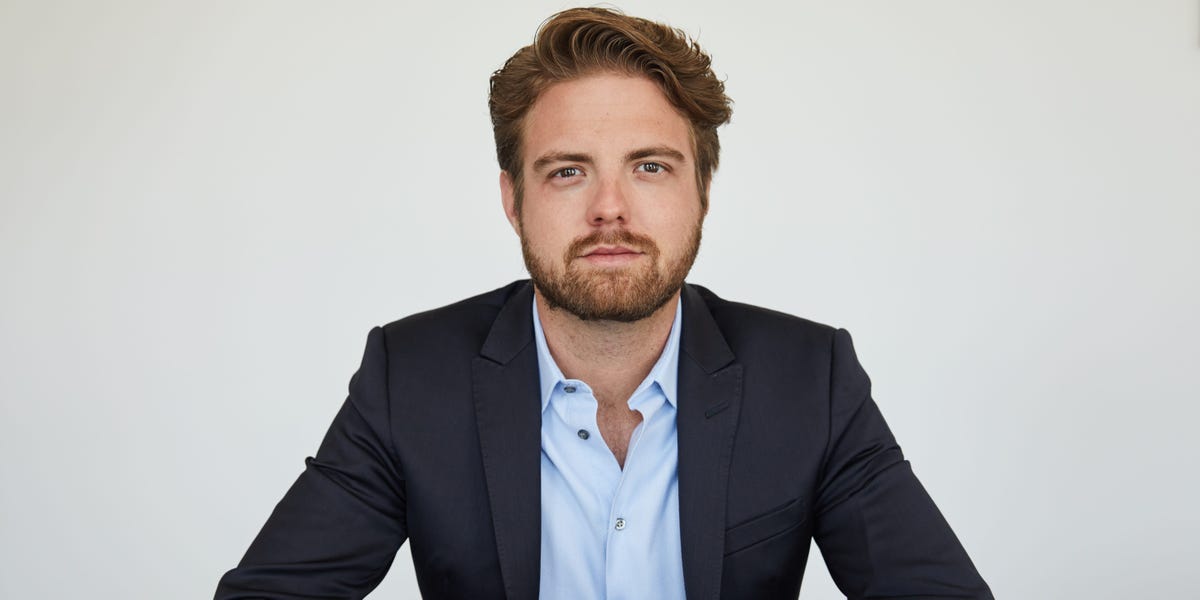 Over the course of 10 years, Peter Smith built Blockchain.com from nothing into a crypto unicorn that secured a valuation of $5 billion following its most recent Series C fundraising round that was backed by Scottish asset manager Baillie Gifford and DST Capital.

According to a blog post by Smith, Blockchain.com is already “highly profitable” in a number of business lines, as it provides institutional and retail investors in over 200 countries with a range of ways to trade, secure and use cryptocurrencies. The fresh explosion of cash is instead being used for acquisitions, as well as further expansion of products and hiring.

Acquisitions and venture investing is incredibly important in the cryptocurrency market, which constantly evolves at breakneck speed. Despite being the CEO and co-founder of a leading cryptocurrency firm, Smith finds it difficult to keep up with the trends. He views himself as a “crypto boomer”, as someone who entered the space in 2011 after  Gavin Andresen gave him his first bitcoin.

“I can’t even keep up with the young trends,” Smith said during a fireside chat at the Token2049 conference in London last week. “Suddenly, I’m like a grandpa at 32.”

Being a “crypto boomer” means Smith has witnessed the ups and downs of crypto market cycles, which helps him spot the differences between speculation and game changing trends in the market.

One trend that he believes is here to stay is the need for layer two networks.

These networks bring scalability to layer one blockchains, such as bitcoin or ethereum, which are slow and expensive, which makes them more difficult to use in solving large-scale real world problems.

One of the most promising solutions are rollups, which execute transactions outside of the main blockchain and then post that data to the network. This improves speed while staying secured by the layer-one solution.

Smith is keeping a close eye on the evolution of layer two networks, as Blockchain.com handles a significant amount of transactions. However, with many layer two solutions still in their infancy, Smith’s investing strategy is to try to encourage and support as many projects as possible by investing in the five or six market leaders.

Of all the options currently available, Smith sees a lot of potential in the Polygon network right now.

“I actually think layer twos are gonna work,” Smith said. “Polygon is already working. I am a big Polygon fan, which is controversial. Some people don’t like it because it’s not like a classic way to approach [it] but in my book  it’s working, and tons of people are using it.”

Polygon (MATIC) is a sidechain. Sidechains are seen as a shortcut to scaling, which makes them controversial. They operate in parallel to the main blockchain but are not technically a layer twos solution because they have their own independent blockchain, consensus and security mechanisms. This means they sometimes have security shortfalls.

However Smith likes Polygon because it’s already working, which aligns with his personal philosophy around building products, rather than talking about them.

Without layer two networks, Smith doesn’t expect decentralized finance (DeFi) to gain mainstream success because the transaction costs are currently too high to justify the current use cases. DeFi enables parties to carry out financial transactions directly with each other by removing intermediaries and using blockchain technology for the transaction.

“I think I have this big bias toward product engineering generally, where I just give a lot of credit to people who ship things that work, versus achieving technical superiority,” Smith said. “I love Polygon, I think it’s pretty cool, but I think most things that go to layer twos will settle back to the ethereum blockchain.”

He also expects many layer one blockchains that are compatible with the ethereum virtual machine will eventually become layer two networks.

One area of the crypto market that’s already seeing significant transaction traffic is the non-fungible token (NFT) space with around $499 million in transactions taking place in the last seven days, according to NonFungible.com.

At the conference, Smith confirmed that Blockchain.com would be launching a NFT-related product for customers in coming weeks but explained that he was “nervous” about some of the levels of speculation within this market. NFTs are essentially digital collectors’ items that represent real-world assets, ranging from artwork, to music, to video and beyond.

He currently finds it hard to judge how much of the interest is currently around the collectible side of NFTs versus it just being a “hot money game”.

At the end of a “hot money game”, some customers always get hurt, Smith said.

“I think everything in the crypto world generally goes through this hype cycle then there’s like a blowout,” Smith said.  “And then people rebuild and build things that have real value. And I think it will probably blow out …  so I’m nervous about that space until that blowout first.”