ASX: The yesterday after the Reserve Bank expressed optimism surrounding plans to reopen the economy.

This helped to boost investors confidence in the market and helped prop up the market.

AUD: While the market improved after the , the Aussie dollar slipped within the 72 US cents range.

Wall St: The overnight after Microsoft and Apple spearheaded a strong rebound.

Bitcoin: The digital currency absolutely boomed overnight – rising over 4 per cent and surpassing the $70,000 (US$50,000) mark. latest price surge has above Facebook’s.

Chinese property woes: A midsize has failed to make a $281 million (US$205 million) payment due to bondholders, mirroring the concerts around Evergrande.

as the country’s largest developers try to avoid defaulting on billions of dollars of debt.

Fantasia Holdings Group announced it missed the payment in a statement issued through the Hong Kong Stock Exchange. It gave no explanation but said it had asked for trading of Fantasia shares to be suspended.

IMF downgrade: The International Monetary Fund (IMF) expects in 2021 to fall below its July forecast of 6 per cent.

$1 trillion coin: US Treasury Secretary Janet Yellen saaid it is “utterly essential” for Congress to lift the federal debt limit ahead of an October 18 deadline to avoid US default but has added that she to resolve the crisis.

Yellen told CNBC in an interview that she opposes the minting of a $US1 trillion (AU$1.4 trillion) platinum coin to resolve the crisis.

The idea comes from a legal loophole that allows the Treasury to mint platinum coins in any denomination it chooses.

Have a great day. 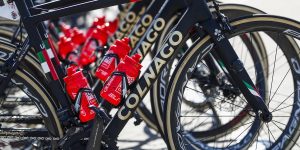