It was the Instagram Story heard ’round the internet. A British regulator called it “the financial promotion with the single biggest audience reach in history.” A Morning Consult survey found that up to 21 percent of all American adults and nearly half of all cryptocurrency owners had seen this ad for a risky financial instrument. By all measures the post—likely sponsored for hundreds of thousands of dollars—was a glittering success.

Only one person has this kind of power over the doomscrolling masses: Kim Kardashian, who over the summer posted a Story promoting a new, almost completely unknown cryptocurrency called Ethereum Max. “Are you guys into crypto????” the post read. “This is not financial advice but sharing what my friends just told me about the Ethereum Max token! A few minutes ago Ethereum Max burned 400 trillion tokens—literally 50% of their admin wallet, giving back to the entire e-max community. Swipe up to join the e-max community.” At the very end, a small #ad hashtag made clear that the Story had been paid for.

The post was an immediate sensation, and a touch controversial. Ethereum Max was only a month old, few had heard of it, and it wasn’t even obvious how the “token” was supposed to work. More than that, Kardashian was urging her 251 million Instagram followers to get involved in a highly volatile, speculative market that’s little different than gambling in the world’s most fraudulent casino. The chair of the United Kingdom’s Financial Conduct Authority noted that the token resembled a pump-and-dump scheme. In the weeks leading up to Kardashian’s Instagram Story, the trading volume and price of Ethereum Max surged. After Kardashian’s post, Ethereum Max’s value plummeted, potentially leaving numerous investors in the red. Its price still hasn’t recovered, while trading volume is down significantly. As of this writing, Ethereum Max is priced at $0.00000002257, according to Coinmarketcap.com. That’s a lot of zeroes. If you bought Ethereum Max after Kardashian pushed it and didn’t sell fast enough, all you were left with was a practically worthless digital asset.

Kardashian sits at the pinnacle of celebrity, but famous people up and down the influencer spectrum are being asked, and often paid quite well, to shill crypto to legions of faithful seeking a quick path to riches. (Ethereum Max also attempted to seal partnerships with other celebrities, from former NBA star Paul Pierce to boxer Floyd Mayweather Jr. to—really—a South Florida restaurant group.)

It’s not just cryptocurrencies, but a whole wider world of untested financial technologies. Celebrities are lending their names and promotional talents to everything from NFTs to crypto exchanges to their own custom coin offerings. Together they are communicating something clear but terribly misleading: that cryptocurrencies, and the many shady areas of this gray-market economy, offer a path to sustainable riches. The truth is almost always the opposite. Scams are practically endemic in the crypto world. One recent report estimated losses in DeFi (or decentralized finance, a booming crypto subindustry) at $681 million in the first seven months of this year. That follows billions of dollars in crypto losses in recent years to criminal behavior—hacks, frauds, or “rug pulls,” in which crypto project leaders simply abscond with funds.

The Hollywoodization of crypto is a moral disaster. And for celebrities’ fans, who likely have far less money to lose, it’s potentially a financial one, too. These rich and famous entertainers might as well be pushing payday loans or seating their audience at a rigged blackjack table. While the wild swings of crypto might be exciting for some, the rewards for many are illusory, especially once one gets beyond the top few cryptocurrencies like Bitcoin and Ethereum (which is a separate entity from Ethereum Max).

So look, I get it. Everybody’s gotta make a living, even in showbiz. I’ve been in it for two decades now, and sometimes you find yourself doing weird things for money. I’m not a snob about that stuff. There’s honor in all honest work. For example, I got into the actors union by booking my first ever voice-over audition. It was 2001, and I had just landed in New York City. A friend from summer stock theater was casting a Diet Dr Pepper ad, something about the Holland Globetrotters. (Get it? It’s veeery subtle.) After 30 seconds of bumbling, unathletic Dutch men playing basketball in wooden shoes, my character, OFFSCREEN FAN GUY, yells to one of the players, “YOU DA MAN, UTER!” The ad was fine (you can judge the results for yourself on YouTube), and for whatever reason, it ran for years, literally changing my life. I earned thousands of dollars in residuals I desperately needed and landed an agent who was convinced I was some sort of voice-over savant. (When I failed to book another voice-over gig, the agent fired me. Them’s the breaks in Hollywood.)

So that’s the game: Dance for the people walking by on the street, and if they like your moves, maybe they leave a few bucks in the tip jar. But if you happen to get lucky and make a name for yourself, the game can change. People now come to you, asking you to help promote their products.

Now, I’m not even close to Kim Kardashian famous. She has 257 million followers on Instagram; I have 640,000, making her approximately 400 times more famous than me. Sounds about right. But over the years, I’ve been asked to promote a few products. And although I’ve never directly shilled for a company as a celeb, it’s not because I wouldn’t—it’s that the companies that approached me were terrible, and I didn’t need the money. It was always a relatively easy call, and it doesn’t make me a fancy-pants thespian. I still have to hustle for my living. I’m used to doing all kinds of stuff to promote my own TV shows and movies. (Talk shows and Comic Con panels don’t quite qualify as back-breaking labor, but they are work, and often you are getting paid to be there.) And there’s a reason deep-pocketed marketing firms exist—getting celebs to promote things tends to attract eyeballs, and nowhere is this more evident than in crypto. That Morning Consult poll I mentioned found that 45 percent of crypto owners were likely to buy a coin if it was endorsed by a celebrity.

While the notion that famous people are role models might be quaint now, our privileged lifestyles and conspicuous consumption can still seem aspirational to some. In short, what we talk about, and what we post about, can move units. Well, maybe not me, a former teen-soap star from the early aughts and now a father of three. I have become woefully unhip. But what Kim Kardashian or Snoop Dogg posts about—that’s real estate that every marketing executive in the world would like a piece of, and they’re willing to pay enormously for it. And that’s fine by me, as long as they aren’t promoting the financial equivalent of Russian roulette.

To criticize celebrities shilling crypto isn’t to impugn them as people or to say that I’m above accepting an easy payday. (Call my agent, legit companies with not-scammy products!) But I would suggest that we celebs do our due diligence on what we lend our support to, especially when it comes to dubious “investments.” Right now, crypto is a wildly anarchic, unregulated form of Wild West financial capitalism that is fueled by rampant speculation, sketchy stablecoins, and the murky dealings of a few big whales and insiders whose influence over these markets may be greater than most traders realize. You don’t have to trust me: I’m paraphrasing Gary Gensler, the head of the Securities and Exchange Commission, who worries that crypto investors don’t have enough accurate information on which to base their bets. Or, as Minneapolis Federal Reserve President Neel Kashkari said, “Cryptocurrency is 95% fraud, hype, noise and confusion.” To suggest that people enter these markets as “retail investors” who might strike it rich is simply unfair and irresponsible.

Whether it’s Lindsay Lohan peddling five-figure NFTs, laser-eyed Tom Brady endorsing the exchange FTX, or Akon promising to build a $6 billion, crypto-inspired city in Senegal, there’s a lot of capital swirling around this industry, and much cause for worry. Celebrities are encouraging their fans to gamble on speculative, unproven investments that may soon see a major regulatory crackdown, if not an outright implosion of the market. We’ve been here before: In 2017, a number of celebrities put their support behind so-called initial coin offerings for various cryptocurrencies, many of which became worthless after the subsequent crypto market crash in 2018. The co-founder of one such coin, Centra, was sentenced this year to eight years in prison for bilking investors out of $25 million. Centra was boosted by Floyd Mayweather and rapper DJ Khaled, who both paid fines to the SEC for not disclosing that they were paid to tout the coin.

Beyond unacknowledged financial entanglements, there are numerous problems with what’s sometimes politely referred to as the “crypto community.” From its disastrous environmental cost to crypto exchanges that experience technical issues at seemingly convenient times to a flood of pump-and-dump schemes, the unregulated crypto market is thrilling for some but dangerous to most people’s pocketbooks. If celebrities care about what products they promote, they should think twice about putting their support behind these companies. Crypto and blockchain technology may yet have important roles to play, but the industry executives, venture capitalists, and, yes, the rich and famous people pushing these products haven’t earned your trust—or your money.

Ben McKenzie and Jacob Silverman are working on a book about crypto and fraud. 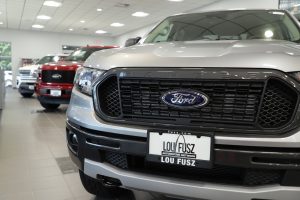 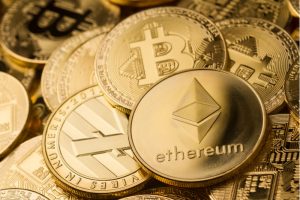 Miami Mayor Francis Suarez is pushing ahead with his mission to make Miami the crypto capital of the U.S. --...

Shiba Inu (CRYPTO: SHIB), aka a Doge (CRYPTO: DOGE) killer, has been on a tear since late Saturday and is...