“In obtaining our EMI licence we have been allowed to radically diminish client exposure to the actors of financial markets, and I see this as a move towards the ‘New World Order’.”

Benker has launched in Europe following approval by the Bank of Lithuania under the Electronic Money Institution (EMI) category in a milestone move for the “first officially licensed blockchain neobank”.

The neobank operates entirely on blockchain, being the first financial services provider in the European Union to do so. The bank will offer services for both individuals and SMEs, and a platform on which to buy and sell gold.

Now open for pre-registration, the neobank will run on Natrix, a purpose-built hybrid blockchain created for the financial sector to meet all GDPR, bank secrecy and regulatory requirements.

Benker ensures users have complete control, autonomy, and freedom, with users and financial market participants being on the same level. This is part of its goal of Compliant Client Autonomy.

Viktor Bodnár, Chief Executive Officer of BENKER, said: “We’re introducing a new brand in financial services that can challenge the established order by extending existing legal and regulatory safeguards with the advanced technology-based guarantees achieved through blockchain. In obtaining our EMI licence we have been allowed to radically diminish client exposure to the actors of financial markets, and I see this as a move towards the ‘New World Order’.

“By adding blockchain to the way in which customer accounts are managed securely, we are offering constant transparency, traceability and complete control over financial matters for our clients, creating the highest level of freedom. This is what we’re calling Compliant Client Autonomy and it’s an idea that is at the heart of BENKER”, he continued.

“We’ve worked hard to create a fully compliant and secure blockchain neobank, and I’m delighted that it is now going live in 2022. The result is a system in which clients and service providers are finally on the same level, and within all legal and regulatory requirements. This will make managing personal finances in the future more efficient than ever.”

With offices in Vilnius, Lithuania and Boston, Massachusetts, Benker was developed by BEM Europe UAB and received approval from the Bank of Lithuania on January 13, 2022 to operate as an Electronic Money Institution.

Benker states that by adding blockchain technology to the existing line of guarantees, financial service providers can deliver full transparency on all transactions while complying with laws and regulations.

While blockchain has been promised as a solution for transparency in transactions, the crypto industry has not only seen immense fraud but even many of its leaders, such as Binance, have systematically failed to comply with the KYC and AML requirements in many countries. 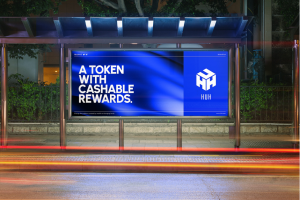 Blockchain technology has become a huge theme over the past couple of years, providing opportunities far beyond bitcoin and other...

DeviantArt Protect can alert users when their art has been re-uploaded to DeviantArt or a public blockchain.Illustration: DeviantArtDeviantArt, the online...

This is a sponsored postCathie Wood is possibly the best-known advocate for innovative and disruptive technology. The blockchain and Web3...

The Mayor of the City of Miami stormed forward with moving his city's finances into the scam-ridden blockchain. Since the...

Today Nomura announced it has set up a digital asset subsidiary to target institutional clients, with plans to launch services later this...