Billionaire investor David Einhorn isn’t dedicating any time to weighing up whether to jump into cryptocurrencies, saying the lack of regulation in the industry makes it “too difficult” to assess.

Einhorn, the founder and president of hedge fund Greenlight Capital, shared his views on crypto in a Real Vision interview on Monday. He told Simplify Asset Management’s chief strategist Mike Green that he doesn’t think about whether to invest or not.

“Some people have done really well with it, and they very well may continue to do well with it,” he told Green. “I don’t have a strong view that this is some enormous waste or this is some phenomenal opportunity. I think it’s too difficult.”

Einhorn said he places a lot of things going on in the crypto market right now in the “too hard” bucket.

“Crypto is – at least for the time being – too hard. It’s unregulated. It’s unlimited,” he said.

“On the other hand, it has a real appeal,” he said. “It kind of goes with the fraying of social norms of the society which you see in every place that you look.”

Lawmakers and regulators have become increasingly concerned about the need for investor consumer protection in the digital asset industry. Securities and Exchange Chairman Gary Gensler has said crypto exchanges have become so large they need to embrace regulation to survive.

Einhorn described several factors he believes have contributed to the growing popularity of crypto assets. Many fans see crypto as a way to get out from under the gaze of government.

Without being specific, he said some key points in the social, political, and market fabric have led to a “compounding fraying” that has unraveled societal trust.

“It’s a lot of different things where norms have been chipped at. And then, when someone sees the norm is chipped at, it delegitimizes the previous … and then it gets reinforced by someone chipping at it harder the other way,” Einhorn said.

The hedge fund manager was asked whether he thinks there’s a nihilistic attitude in the overall stock market. The past year has been rife with market rebellion right from a Reddit-fueled trading frenzy to retail investors piling into cryptocurrencies.

“There’s a lot of nihilism. Some people think they’re more practical than others,” he said.

“Some people think: ‘This is where we are right now, so these are the kinds of things you need to own that will go up, and you should own them.'”

Einhorn said he struggled to get to grips with the rationale behind those bets.

“I have trouble with it, because I don’t really understand why they’re good investments. They’ve done much better than I’ve done, because they own things that should be owned right now.”

Read More: A 33-year-old who co-owns 167 rental units after putting zero money down explains the pros and cons of the buy, rehab, rent, and refinance approach he’s repeated to build his real-estate portfolio 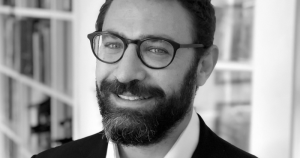 Next post Crypto vs. Forex Trading: What You Need to Know