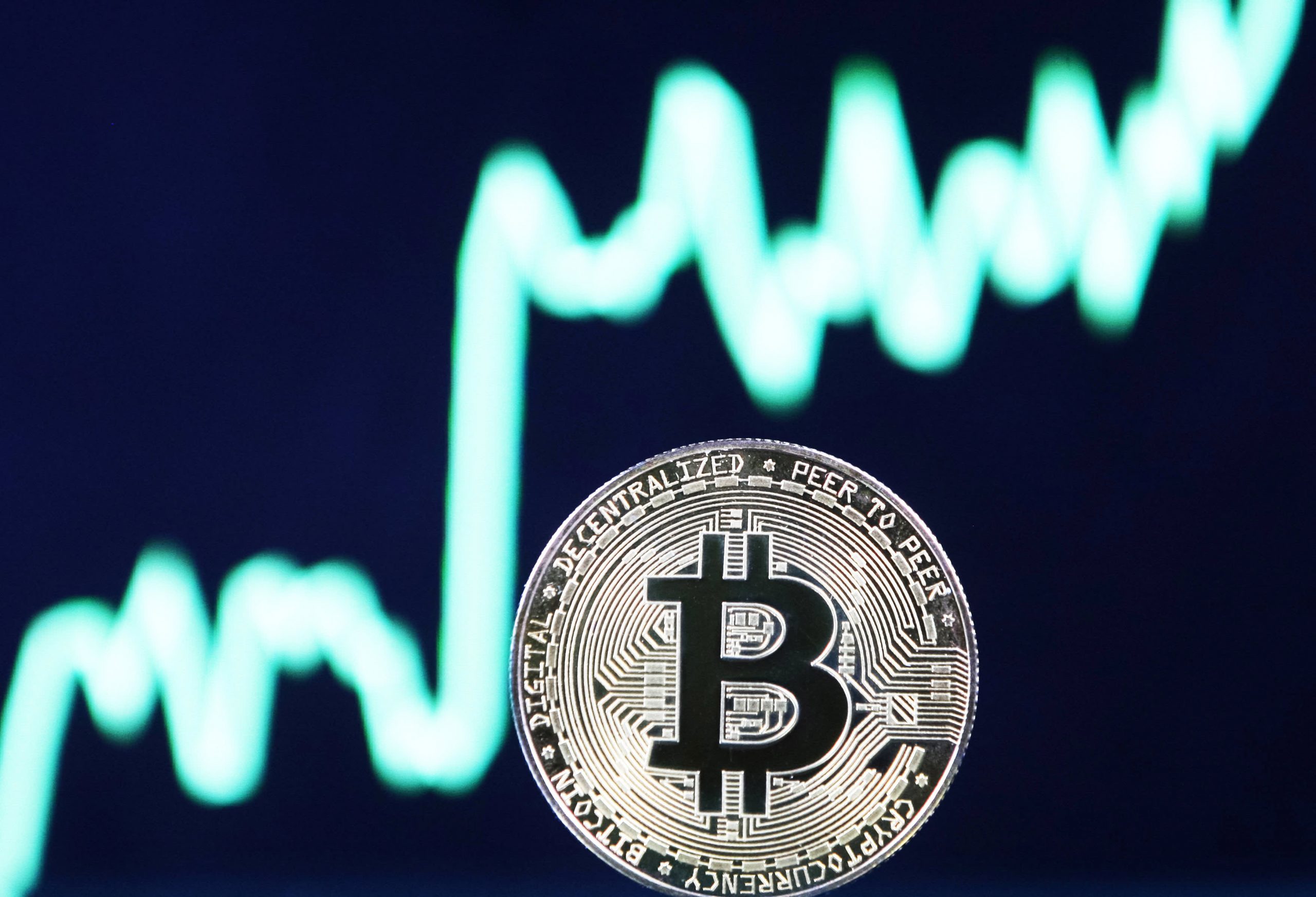 A visual representation of bitcoin.

Bitcoin rose back above the $50,000 mark on Tuesday after plunging in September from the same level on fears about regulation in the U.S. and China.

The last time bitcoin broke $50,000 was at the start of September, when the cryptocurrency became legal tender in El Salvador. Cryptocurrencies have been rallying since Friday as investors bet on a fourth-quarter run. Bitcoin spent much of the third quarter hovering in the low $30,000 range as investors worried about regulatory policies in China and the U.S., though it had a strong finish.

The rally comes on the heels of comments made last week by Federal Reserve chairman Jerome Powell, who said in a House Committee on Financial Services hearing that he has “no intention to ban” cryptocurrencies in the U.S. the way China repeatedly has.

There’s been bullish commentary from Wall Street supporting the comeback. Bank of America called the digital assets sector “too large to ignore.”

“Bitcoin is up over 2x its 2017 high at ~$47,000, as adoption by individuals increased, corporate managements begin due diligence and regulators work to provide a framework that could bring digital assets into the mainstream,” it said. “Bitcoin remains the most valuable digital asset at an aggregate value of $887 billion. Value drivers include supply/demand dynamics, scarcity (only 21 million coins total; ~19 million already mined) and potential ETF approval timing.”

Previous post Vitalik Buterin says he created ethereum after his beloved World of Warcraft character was hobbled by the developers, awakening him to the ‘horrors centralized services can bring’ | Currency News | Financial and Business News