JPMorgan Chase CEO Jamie Dimon is no fan of Bitcoin, and he reiterated his feelings on Monday by calling the cryptocurrency “worthless” while likening trading it to smoking cigarettes.

“I personally think that Bitcoin is worthless,” Dimon said while speaking at a virtual event hosted by the Institute of International Finance. “But I don’t want to be a spokesman for that, I don’t care. It makes no difference to me.”

“I don’t think you should smoke cigarettes either,” the CEO continued before conceding, “Our clients are adults. They disagree. If they want to have access to buy or sell bitcoin – we can’t custody it – but we can give them legitimate, as clean as possible access.”

GET FOX BUSINESS ON THE GO BY CLICKING HERE

Dimon has been a vocal critic of Bitcoin, previously calling it a “fraud” and “fool’s gold,” and at one point saying that he would fire JPMorgan traders if they traded in it. But despite his strong skepticism, JPMorgan has begun offering its clients access to a half dozen cryptocurrency products, the New York Post noted. 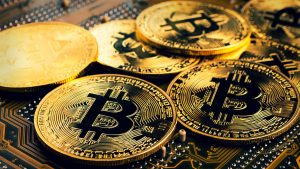 Square CEO Jack Dorsey said late on Friday the company might jump into the bitcoin mining business.Dorsey tweeted that the...

The below is from a recent edition of the Deep Dive, Bitcoin Magazine's premium markets newsletter. To be among the...

"Thank God for Bitcoin...that transcends the irresponsibility of governments," Senator Cynthia Lummis said.Sen. Lummis' remarks came in response to the...

The news comes as U.S. investors await the fate of a spate of bitcoin futures-linked ETFs from the Securities and...