“Voice Over Bitcoin Protocol” communications app Bitcoin Phone has come first in the fourth Bitcoin SV Hackathon at the CoinGeek New York event. Chosen by a panel of four judges and an audience vote, its developers will receive US$50,000 in BSV to develop the technology further.

The other two finalists, loyalty point app TKS Pnt and streaming video platform CATN8, will also receive a $30,000 and $20,000 share of the prize pool respectively. The BSV Hackathon is presented by Bitcoin Association and backed by main sponsor Ayre Ventures.

Representatives from the three projects pitched their product ideas before a panel of judges and a worldwide audience on the first day of the CoinGeek New York event on Tuesday. Both in-person and virtual attendees had a chance to vote for their favorite via the Omniscape conference app.

Revealing their choices ahead of the announcement, the panel was split 50/50 with Shadders and Rajchgod choosing TKSPnt, and Deutsch and Wright favoring Bitcoin Phone. That meant the winner was decided ultimately by audience vote, with the poll tipping the balance in Bitcoin Phone’s favor.

The judges also admitted making the choice was difficult, with Dr. Wright adding that second and third places were a tie, in his opinion.

Each BSV Hackathon has a theme, and this time entrants were given the directive to “take advantage of the P2P features of BSV.” They were also encouraged to build products that utilized P2P features not just for making payments, but for other kinds of data applications as well.

The BSV Hackathon has been a key feature of past CoinGeek events, and among its past finalists and winners are some of Bitcoin’s best-known and most successful projects. The first two events were more “traditional” hackathons taking place over just a few days, however travel restrictions over the past two years have seen it evolve into a longer, six-week event allowing collaboration between virtual teams in various countries.

This format has increased participation rates markedly. The fourth Hackathon ran from July-August 2021 and involved 623 total participants, including 552 solo developers and 71 developers entered in teams. Shadders said during the final pitches that he actually prefers the longer-format event, as entrants get more chance to refine and improve their ideas before presenting them.

Bitcoin Phone promises to do for Bitcoin what VOIP pioneers like Skype did for the internet protocol. It utilizes some of BSV’s much-touted but lesser-used features like nSequence, nLockTime and bloom filters to send voice data packets via BSV addresses, rather than IP addresses. Only the final transaction is sent to (and stored on) the blockchain—BSV may have unbounded capacity but there’s no need to clutter it with data that isn’t necessary.

The Bitcoin Phone relay will ultimately be usable via any interface that connects to it, not only the one developers plan to produce themselves. Canadian developer Joe Thomas said it’s another potential data service BSV transaction processors (miners) could provide. He plans to target the online counseling, tutoring and language-learning markets.

TKS Pnt comes from Japanese developer Meta Taro, who pitched the idea as a solution to the large collections of store loyalty point cards that fatten wallets in his native country. Using BSV’s tokenization capabilities, it lets businesses create, issue and manage their loyalty points while consumers can keep that card pile as a biometrically-recognized digital wallet instead.

CATN8 developer Marcel Gruber presented the novel idea of a video streaming platform that allowed viewers to “pay as they go” while watching streaming content. Once they hit play, the service initiates a stream of micropayments to the creator. Like Bitcoin Phone, it could be used for online training as well as video chat rooms and quizzes.

The judges asked a number of challenging questions during the final pitches, from what could be done to address copyright and prohibited content rules, to the marketability of project names and how they would solve particular technical issues. All said the finalists presented compelling ideas that should be developed further, and reiterated calls for other potential devs to look at BSV’s more advanced data features to work into their ideas. 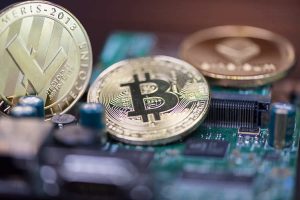