International trade finance, beset by the same “paper chase” that is a hallmark of B2B transactions, could use a digital facelift.

After all, in activities that cross borders, time zones and currencies, transparency is lacking, it takes days to settle transactions and there are fees involved. When commerce becomes international in scope, complexity reigns. In a bid to simplify things, advanced technologies such as blockchain can address those pain points, particularly where working capital is involved.

To that end, as reported this week, BNY Mellon, through the Marco Polo Network, has joined a group aiming to bring blockchain to international trade finance. The Marco Polo Network is a cloud-based collective of more than 30 financial institutions (FIs), tested by more than 20 corporates that have built, and are building, a platform to offer trade and working capital financing to FIs and enterprises. Within that platform, blockchain can help speed up transactions and enable the real-time delivery of working capital, once buyers and suppliers agree to terms.

In terms of mechanics within the consortium, as Marco Polo notes on its site, the blockchain-powered network enables “seamless, secure and fast exchange of data assets.” That data can include purchase orders and invoices.

Read more: Why FinTech Won’t Be Enough to Tackle the Trade Finance Gap

Each user’s platform is configured, deployed and runs separately from the others, while they are all connected via distributed ledger tech to the other members on the network. Firms partnering with Marco Polo, such as BNY Mellon, can help inject more liquidity into the international supply chain and offer discounted finance solutions to suppliers. Those solutions can be accessed via APIs.

Marco Polo notes on its site that “one of the critical problems in trade finance is the sheer volume of paper-based documents on which the information flow is based. Many forms of trade finance, such as letters of credit, have not gone paperless, and yet still rely on semi-automated and antiquated processes that are based around the physicality of the written word. Besides, these paper-based documents are prone to fraud because of the number of parties involved and the complexity in trade finance transactions.”

By using the blockchain, trade participants create a digital ledger of transactions that is distributed amongst a digital network. Marco Polo noted that on the network, each permissioned member can securely amend the digital ledger.

“The blockchain embodies all the necessary information in one digital document, which is updated and viewable by all participants on the network almost instantly,” the company said.

NEW PYMNTS DATA: DIGITAL BANKING STUDY – THE BREWING BATTLE FOR WHERE WE WILL BANK

About: Forty-seven percent of U.S. consumers are shying away from digital-only banks due to data security worries, despite significant interest in these services. In Digital Banking: The Brewing Battle For Where We Will Bank, PYMNTS surveyed over 2,200 consumers to reveal how digital-only banks can shore up privacy and security while offering convenient services to satisfy this unmet demand. 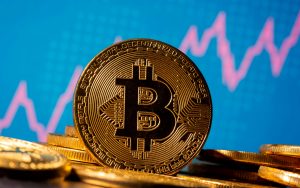