Fixed income origination is perhaps one of the areas of investment banking that has been the least digitized in recent years. Originating a new bond still continues to involve highly manual processes, both on the part of the issuer as well as on the placement banks. Blockchain technology would allow some of these processes to become more efficient. This may eventually happen as long as most investment banks assume this new technological standard and the regulation across different jurisdictions is homogeneous and clear. However, this process will take some time to materialize.

Which processes can the Blockchain technology contribute to the most at the present time? If we take into account the different phases of a bond issuance, we can distinguish between pre-trade, trade and post-trade (the bond settlement). The pre-trade requires preparing the bond documentation as well as probing investors’ interest in order to recommend to the issuer the terms of the transaction (bond’s coupon, size, maturity, etc). Although this phase can be automated somewhat using Blockchain, it’s not really where this technology can make the largest difference. Nor in the bond execution phase, which consists of building a book where investors’ orders are collected, selecting the highest quality ones and assigning the appropriate amounts to each investor.

Where blockchain’s benefits are truly appreciated is in the post-trade phase. The traditional process of registering bonds in clearing houses and CSDs (Central Security Depository) requires multiple intermediaries. There is still a central entity that is in charge of acting as the legal registry for it. Furthermore, the settlement of the bond itself between investors and underwriting banks is susceptible to errors and requires several days for settlement (generally five days), which in some cases can also generate counterparty risk. Blockchain would allow a decentralized registration of the bonds in the DLT itself, as well as an instant settlement of these securities.

This would undoubtedly benefit both investors and issuers. On the issuing side, this could provide bonds with greater liquidity and favor a larger investor base. The entry barriers for issuing debt would be significantly reduced, facilitating access to non-bank financing for thousands of companies. On the investment side, it would promote a more dynamic and comprehensive risk management, not only of assets, but of collaterals as well.

Blockchain technology will allow banks to offer simpler, cheaper and more global services. This can pose a threat to traditional entities that do not understand the change. For those, like BBVA, who are willing to lead the change, it can be an extraordinary opportunity. 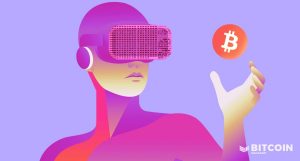