DICKENS COUNTY, Texas (KCBD) – A cryptocurrency mining business based in London, England has selected Dickens County as the home of its next North American facility, counting on cheap and renewable energy to power its infrastructure in a quest for bitcoin.

“There was some apprehension,” Dickens County Judge Kevin Brendle said. “I think there still is. I think there are still a lot of questions that people have. We don’t really know how to refer to this. Is it a concept? Is it an industry?”

Brendle told KCBD that Argo Blockchain purchased private land about 10 miles north of Dickens in 2019. As the company prepares to pour concrete for its 125,000 square foot facility, it’s aiming to answer those questions the community has through an information program Monday evening at the Palace Theater in Spur.

“I think it’s important for everyone to do their homework, research these companies as they’re approaching governments,” Brendle said. “Try to vet them the best that you can. Learn as much as you possibly can. I don’t think this is going to stop. In Texas where energy is king, I think we’re going to continue to see these businesses creep up on the South Plains and Rolling Plains.”

That energy is what attracted Argo to Dickens County. The land purchased sits next to the McAdoo Wind Farm’s Cottonwood Substation, which receives and distributes mostly renewable energy.

“The business that they’re putting in uses a lot of electricity,” Brendle said. “It made good sense to them and good business to them to build their business where they could purchase cheap electricity.”

Argo Blockchain touts its effort to use renewable energy to power its crypto mining. The process involves computers that verify transactions and solve what’s known as a mathematical hash function, which adds a block to the blockchain ledger. The first to do so receives a bitcoin reward.

Brendle is encouraging his community to learn about the process. He expects Argo to be received well, especially as it is anticipated to be a more than $100 million investment to the area and add 20 jobs.

“Our main focus and interest is what it will do for the county in terms of property values, our tax base, what it’ll do for school districts and governments and jobs that they’ll bring in,” Brendle said.

It’s expected that the operation could be running by mid-2022. 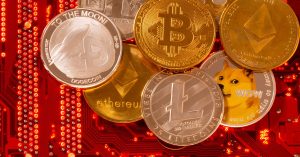 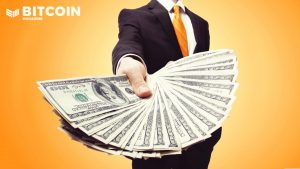