Billionaire Ken Griffin has taken a swipe at crypto cheerleaders, saying their efforts are a “jihadist call” against the dollar.

“I wish all this passion and energy that went to crypto was directed towards making the United States stronger,” the hedge fund billionaire said at the Economic Club of Chicago.

“It’s a jihadist call that we don’t believe in the dollar,” he said Monday. “What a crazy concept this is, that we as a country embrace so many bright, young, talented people to come up with a replacement for our reserve currency.”

Griffin is the founder of Citadel Securities, the largest US market maker, which was pushed into the spotlight of the Reddit-driven “meme” stock trading frenzy as it executes trades for individual investors on the Robinhood app.

Griffin noted Citadel Securities does carry out trades in companies he doesn’t have a personal liking for, saying it isn’t his job to tell Americans whether they’re right or wrong. But it’s not the same story for cryptocurrencies, despite their increasing mainstream adoption.

“Because of the lack of regulatory certainty around cryptocurrency, we just aren’t involved today,” Griffin said. “I just don’t want to take on the regulatory risk in this regulatory void that some of my contemporaries are ready to take on.”

Griffin said SEC Chairman Gary Gensler was “spot-on” when he argued crypto will become mainstream only if regulators lay out clear rules. Gensler, the chairman of the Securities and Exchange Commission, has pushed for stricter regulation of the $2 trillion market.

“Doing so will make it a smaller market – because it’ll become a far more competitive market when there’s regulatory clarity,” Griffin said. “And that will be good. A small market, less people involved who are frankly just trying to make a quick buck.”

Citadel Securities will trade cryptocurrencies once regulation kicks in, as that would meet the needs of its brokerage partners, he said.

Read More: YouTuber Greg Chase has made hundreds of thousands of dollars investing in crypto. The 24-year-old shares the 2 criteria he looks for in coins before buying them – and lists 8 he plans to bet on when the slump ends. 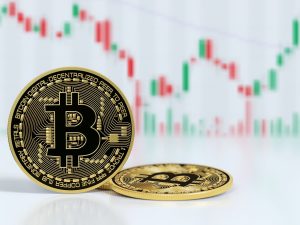 Next post Is Institutional Crypto Adoption Still In The ‘Early Stages’?

The total crypto market capitalization is now roughly double that of silver’s $1.4 trillion, according to the website companiesmarketcap.com, and...