What also moved with them are some traditional day trade strategies used in stock markets, which include breakout tactics to scalping (trading in small price movements without targeting massive profits). But one stock market tactic in particular that has proven popular for intra-day crypto traders is “front running”.

Front runners are abusing cryptocurrency exchanges by soaking hundreds of millions in crypto from trader transactions on the Ethereum network.

Here we explain what front running is and if you’re a crypto trader, how you can play safe.

Front running is when a trader takes advantage of an insider ‘tip’ or knowledge about a future transaction that is about to substantially affect the price of a crypto coin.

So essentially the traders buy or sell a crypto coin based on advance, non-public knowledge or information that they believe will affect its price. That information is not yet public, giving the trader an advantage over other traders, and the market at large. In fact, front running is a form of insider trading and market manipulation.

Traditionally, in a stock market exchange, when stocks were exchanged on paper, on the floor of the stock trade, front-running alluded to the act of rushing to the front of the line when you realised some huge exchange was coming.

Aliasgar Merchant, Developer Relations Engineer, Tendermint, explains to indianexpress.com: “For instance, in the event that you realised somebody was going to purchase a colossal measure of some stock, you could get it before them, and then sell it at a higher market cost after their huge purchase.”

But how does this function in a crypto market?

Bots deployed by front-runners jump the queue and insert a higher transaction fee for placing the order, while the trader who initiated the transaction is forced to pay the price that they didn’t see coming.

For instance, if a crypto trader knew that Tesla’s stock was about to be bought by Elon Musk in volume up to $15 million, the front runner bot could buy automatically order right before that, and when $15 million is bought which causes the price to jump, the bot will immediately place a sell order, thereby book maximum profit out of the trade.

CyberNews researchers looked at the overall value extracted, from April 24 to May 24, as well as how much value front-runners drained from trades in the last 24 hours of this monthly interval. Their investigation revealed that front-runners extracted more than $12 million from transactions every day, with monthly losses suffered by traders reaching nearly $280 million in cryptocurrency, which can amount to billions of dollars in yearly losses.

A basic way to apply to limit front run is that instead of performing many large transactions at the same time, users split their transaction, which will reduce the attractiveness of transactions for front-running bots because of the value that can be mined.

Otherwise, investors can use Telos blockchain’s EVM Maine, a fully EVM-compatible Layer 1 chain that can solve to solve problems like frontrunning in the cryptocurrencies market, high gas fees, and slow transaction speeds that plague the Ethereum network intermittently.

“Ethereum 2.0 did not ease the front-running concerns for institutional investors to go big into crypto investments. Miners keep skipping the line and increasing their spread and de facto stealing millions of dollars,” Douglas Horn, Telos chief architect asserts. “Telos EVM is faster, better, cheaper and functions on a first-come, first-serve basis. The simplicity of integrating with Metamask allows investors to trade as safely as they are used to on NASDAQ,” he added. 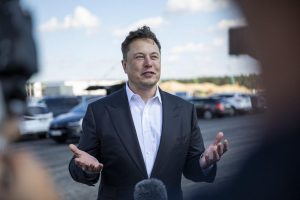