Marathon Digital holdings Inc (NASDAQ:MARA) and Riot Blockchain Inc (NASDAQ:RIOT) were both trading slightly higher in the premarket on Wednesday despite the Nasdaq and the S&P 500 opening lower. The two cryptocurrency miners have so far failed to reverse into uptrends despite Bitcoin (CRYPTO: BTC) making new highs, but that may be set to change.

Marathon Digital and Riot reported outstanding September production numbers, with Marathon producing 340.6 newly minted Bitcoins and Riot a total of 406 for the month. The two miners newly minted Bitcoin has already gained substantial value and on Tuesday looked set to bust through a resistance level at $55,400.

See Also: This Crypto Miner Has Generated A Better 1-Year Return Than Bitcoin, Ethereum And XRP

The Marathon Chart: On Tuesday Marathon broke up bullishly from a descending channel that had been holding the stock down since making a Sept. 3 high of $45.20. Within the channel, Marathon made consistent lower highs and lower lows but when the stock made a high above the Oct. 1 price of $34.27 the downtrend was negated.

Marathon printed a big bullish Marubozu candlestick on Tuesday, which indicates higher prices may be in the cards for Wednesday. The next goal for the bulls will be to pop Marathon up over the Sept. 23 high of $37.72, although consolidation on lower time frames may be needed either below or just above the level. 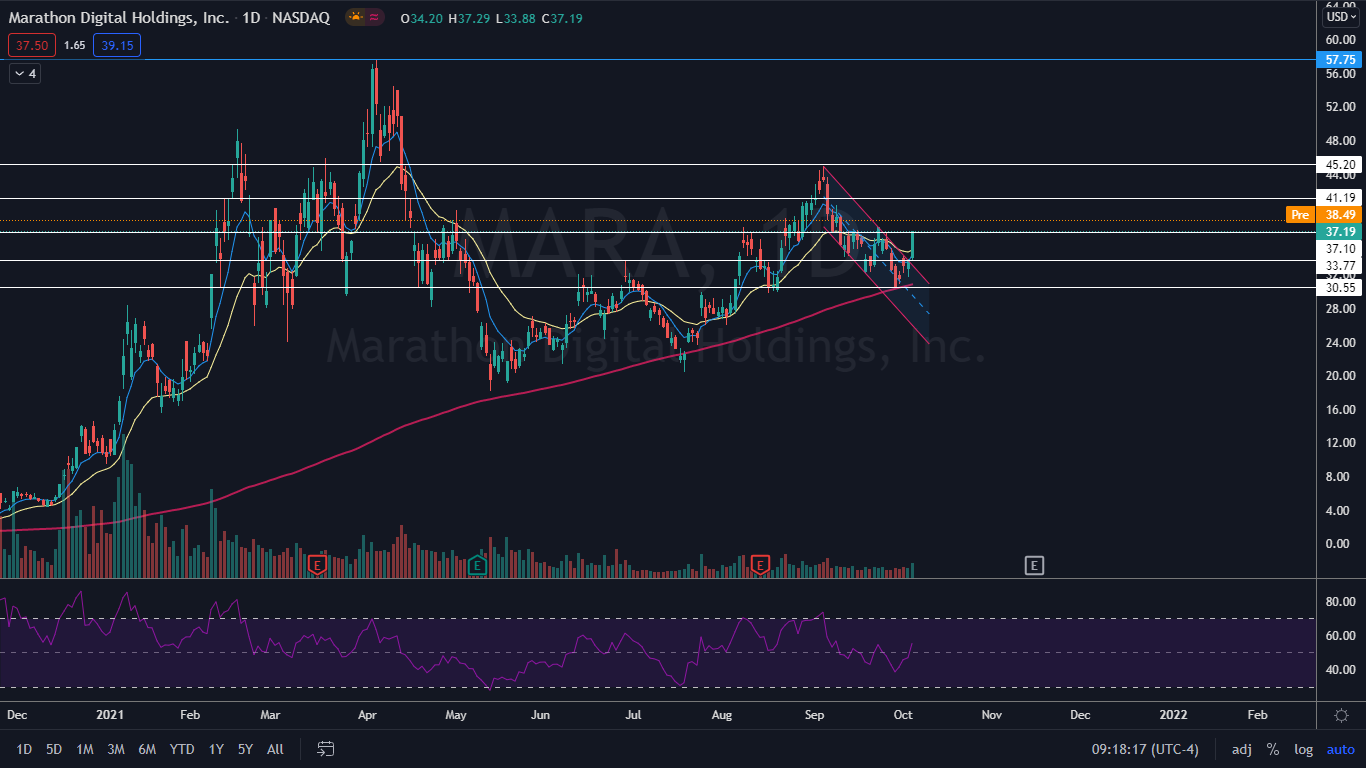 The Riot Chart: Like Marathon, Riot has been trading in a descending channel since Sept. 8, making consistent lower highs and lower lows. On Tuesday the stock attempted to break up bullishly from the pattern but closed the day in line with the upper descending trendline.

Riot’s stock printed a small bullish Marubozu candlestick on Tuesday, which like on Marathon’s chart indicates higher prices in the future. Riot will need to pop up over the Oct. 1 high of $27.46 to buck the downtrend and give bulls confidence going forward. 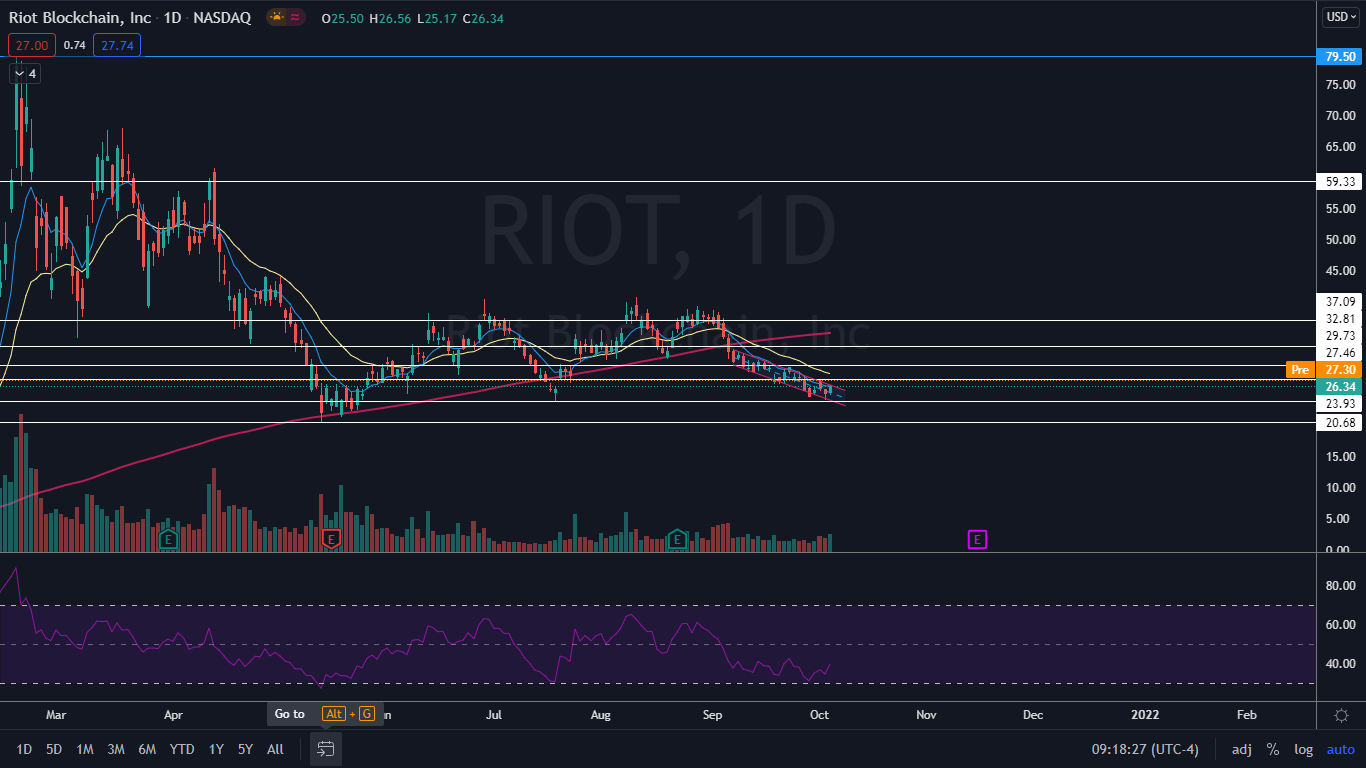 advertisement The independent news organization The Associated Press (AP) announced Thursday that it has partnered with the decentralized blockchain oracle...