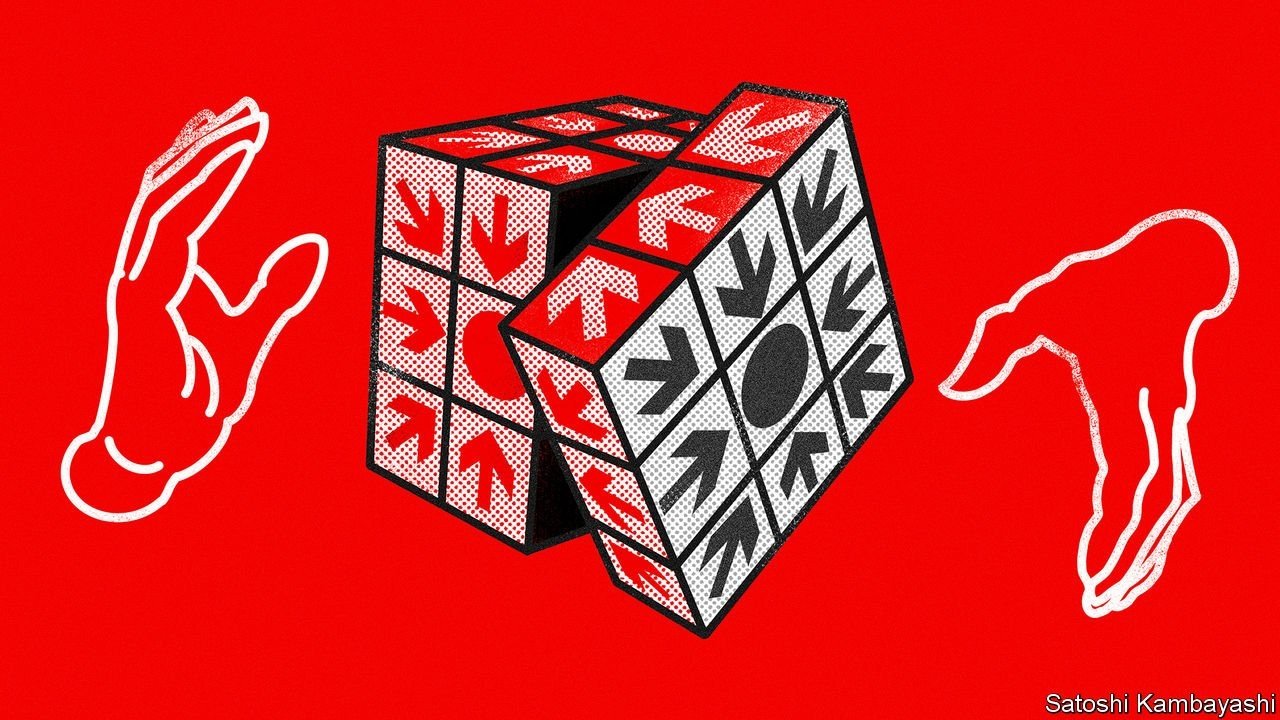 CRYPTO IS THE key to paradise, particularly the financial kind. That, at least, is what the fans argue. Greedy intermediaries, such as banks, will be replaced by smart contracts (self-executing rules) that run on blockchains (distributed databases). This will give rise to efficient and innovative financial services, collectively called “decentralised finance” (DeFi).

Enjoy more audio and podcasts on iOS or Android.

The foundations of this edifice are shaky, however. Today’s blockchains may be masterworks of coding, but they are also fiendishly complex, energy-hungry and, perhaps counterintuitively, centralised. Despite years of work, crypto developers are still trying to fully overcome the trade-offs inherent in the technology.

You can think of banks as maintaining big, opaque databases that contain information on customers’ accounts and the money in them. Depositors have to trust that these institutions act in their interests. Sometimes, however, banks may not do so: they might make bad investments and collapse; or they might freeze depositors’ accounts at a government’s behest.

To their proponents, blockchains provide the basis for a type of finance that avoids such problems. Account databases would be maintained not by a central authority, but by the computers of those who use them. An account could be frozen only if a certain majority of those maintaining the blockchain agrees to do so.

For the system to work, publicly accessible blockchains have two special features. One is a “consensus mechanism”, a way for users to agree on how to write new transactions in the database. The other is a set of incentives that keeps the system alive. Rewards need to draw in enough users to help maintain the blockchain. And penalties have to dissuade them from attacking it, say by mimicking lots of fake users in order to overwhelm the system.

In the case of the Bitcoin blockchain, the carrot is newly minted coins. Every ten minutes or so, hundreds of thousands of specialised computers called “miners” participate in a lottery to solve a mathematical puzzle. The computer that first finds a solution alerts the other miners and if they confirm the result, it updates the blockchain and is paid (every puzzle solved is rewarded with 6.25 coins, which at the time of writing was worth $308,270). The number-crunching also acts as a stick: the greater miners want their chances of winning the lottery to be, the more they have to invest in computing gear and electricity. To rewrite the blockchain in their favour, say by faking a transaction, they would have to control more than half the mining power. Yet engineering such an attack would be expensive, and would probably bring down the system they seek to profit from.

This approach, called “proof of work”, is simple (as far as blockchains go) and has yet to be really hacked. But it has several big drawbacks. For one, it does not scale up. Bitcoin can only handle up to seven transactions per second and fees can be high. The system has also developed some forms of centralisation. Most puzzle-solving is done by a few big “pools”. These allow miners to combine their resources and increase the odds of winning the reward, but also give them the power to influence the evolution of the system (as changes are often put to a vote of sorts). Furthermore, proof of work guzzles energy. According to some estimates, Bitcoin’s electricity use is approaching that of Italy.

Power hunger and centralisation follow from the increasing returns to scale of proof of work. These push miners to keep expanding. The more computing power they have, the higher the chance that they win a reward. The bigger they are, the more they earn and the more they can expand.

Hence the quest to come up with better blockchains. Chia, for instance, is a system based on “proof of space and time”. As with Bitcoin, the carrot is that participating users earn coins. Yet the stick is different: instead of wasting computing power, Chia wastes digital storage. It is not yet clear, though, whether Chia will prove more sustainable and less centralised than Bitcoin if it becomes widely used.

The smart digital money is therefore on another approach: proof of stake. Here decisions about updating the blockchain are made not through a computing arms race, but by a vote among the holders of a cryptocurrency. Voting power as well as the share of the rewards depend on how much holders are willing to bet on the outcome. This stake can be destroyed if a participant misbehaves. In this system both carrot and stick are the cryptocurrency itself.

Proof of stake does use much less energy. And its latest incarnations are much faster than Bitcoin: Avalanche, a blockchain that uses the approach, processes thousands of transactions a second. But it still has big problems. Coders have been attempting to shift Ethereum, the preferred blockchain for DeFi apps, from proof of work to proof of stake. Even Vitalik Buterin, one of the inventors of Ethereum, admits that proof of stake is “surprisingly complex”. That means that lots can go wrong, especially when nearly $100bn in capital in DeFi apps must switch over. After several delays, the coders hope to make the move in 2022.

Yet this system would still tend towards centralisation. Bigger holders can reap more rewards, increasing their holdings further. This concentrates power among early buyers of a cryptocurrency and could allow them to take control of the blockchain. Newer projects that use proof of stake are trying to find ways to avoid this. Hedera Hashgraph is governed by a consortium, much like the one that runs Visa, a credit-card network. Avalanche and Tezos seek to ensure decentralisation by making it easy for “validators”, participants who maintain the blockchain, to join.

To critics, centralisation is inevitable, even if energy inefficiency and complexity are not. The problem of increasing returns to scale will raise its head for any popular blockchain, predicts David Rosenthal, an early practitioner. “You waste all these resources only to end up with a system that is controlled by people you have even less reason to trust than those who run conventional financial institutions,” he says.

To others, a degree of centralisation may simply be a price to pay for the other advantages of blockchains. Emin Gün Sirer of Cornell University, who co-founded Ava Labs, which created Avalanche, says that the main benefit is that governments will find it harder to influence blockchains than they do conventional banks. Kevin Werbach of the Wharton School of the University of Pennsylvania says that the openness of blockchains makes it easier to develop innovative financial services. Still, if the quest to come up with better blockchains shows one thing, it is that even in crypto-paradise there is no free lunch. ■

For more expert analysis of the biggest stories in economics, business and markets, sign up to Money Talks, our weekly newsletter. 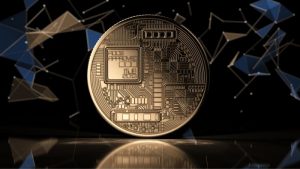 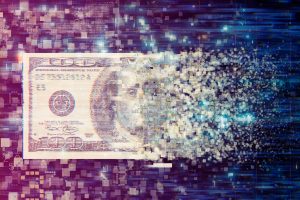 Next post Here’s Why Arweave, Cosmos, and Aave’s Cryptocurrencies Are Making Moves Today

Is a Bitcoin Supply Crisis on the Cards?  BeInCrypto Source link