As the U.S. Securities Exchange Commission (SEC) cracks down on noncompliant Wild West cryptocurrency firms, a new breed of blockchain application, created from the ground up to be securities, is emerging to meet demand. This month private-equity giant KKR & Co opened up part of its $4 billion Health Care Strategic Growth Fund II (“HCSG II”) to be tokenized on the Avalanche (AVAX) blockchain, granting access to the asset class to investors with a fraction of the wealth normally required

That effort is the latest step into blockchain for the investment management company dubbed the Barbarians at the Gates in the 1989 book of the same name. And more compliant blockchain applications are in the works by companies around the world.

While the first generation of financial firms using the technology—described rather derisively by crypto-hardliners as Enterprise Blockchain—focused almost exclusively on so-called permissioned versions like Hyperledger Fabric and Corda, this latest movement is proving itself to be open to a wide range of technologies, including public blockchains that anyone can build on.

“Longer term, blockchain has a whole lot of applicability across the value chain of private markets,” says Dan Parant, co-head of KKR’s U.S. wealth business. “And so I do think, for asset managers and other players in the space, blockchain will make it easier to operate and administer private-equity funds, from capital calls to distribution to capital account statements that ultimately we’ll move on to blockchain as well.”

Though New York-based KKR, which manages $491 billion worth of assets, is one of the few—and maybe first—U.S. private-equity firms to open one of its funds to tokenization on a public blockchain, a consortium led by iCapital, is exploring similar opportunities with 18 members, including U.S.-based BlackRock, BNY Mellon and others. In separate projects, Singapore-based Addx partnered with U.S. private-markets investment firm Hamilton Lane and Switzerland-based Partners Group to open up investment to Asia.

KKR’s secret to being early to the game goes back to 2018, when Parant says the firm hosted a competition among its employees. There, Parant and his team first identified the opportunities of fractionalizing investments using tokens on a blockchain, reducing the amount needed to invest and widening the potential universe of financiers. Without blockchain, the typical HCSG II investor was worth about $100 million. Though still not accessible to mom-and-pop types, the tokenized version of the fund was available to investors whose net wealth was as low as $5 million and for a minimum of as little as $100,000.

To pull off the feat, KKR partnered with San Francisco-based, Securitize, a broker-dealer that raised $85 million from Morgan Stanley and others to issue securities on a variety of blockchains. After an early meeting between Parant and Securitize, KKR’s billionaire co-founder and then co-CEO Henry Kravis, who is still co-executive chairman, invested an undisclosed amount of his own money in ParaFi Fund a crypto investment and technology firm founded by a former KKR director Ben Forman.

In September 2021, a month before Kravis and his co-CEO stepped down from the company they founded 45 years before, the firm itself formally invested in ParaFi and revealed a working group dedicated to exploring blockchain applications. By the end of the year, KKR showed it would stay the course established by its co-founder, making its first fund investment in a crypto firm, leading a $350 million investment in Anchorage Digital, a crypto custodian granted conditional approval to operate as a bank.

Showing the sheer breadth of the possible impact blockchain could have in private markets and beyond, KKR kicked off 2022 by joining a consortium that also included finance giants Apollo Global Management, Blackstone, Carlyle Group, Institutional Capital Network, Morgan Stanley, State Street, UBS and WestCap to explore how blockchain and other distributed-ledger technologies can improve the $13 trillion alternative investment sector. Investment data firm Prequin estimates that number will hit $23 trillion by 2026.

But up until earlier this month, KKR’s crypto work had been limited to investing and team building. With the partial tokenization of its HCSG II Fund, that changed. Though Parant and Securitize declined to share the value of the tokenized portion of the investment, they said it is in the millions of dollars, a tiny fraction of the $4 billion fund of healthcare companies; was offered under SEC Reg D 506(c); and comprises exclusively qualified purchasers, meaning Securitize knows who the investors are, and they’re not violating securities requirements.

Though Securitize isn’t sharing revenue numbers, CEO and founder Carlos Domingo says it expects to double revenue this year and has enough capital to stay afloat at least two years, even without any additional sales. The firm’s 250 employees now connect 1.2 million investor accounts to 3,000 investment opportunities and can build compliant financial instruments on permissioned blockchains Quorum, Corda and Hyperledger as well as public blockchains including Ethereum, Algorand, and Polygon. Securitize has eight tokenized assets listed on its Alternative Trading System, also licensed by the SEC.

Though a recent report showed that the expense of being compliant might make some crypto projects untenable, Domingo says the cost of failures like Celsius and Voyager, which recently filed billion-dollar bankruptcies, is even higher. The benefits of creating assets on blockchains, on the other hand, far outweigh the resources needed to get started.

“The fact that the best investment opportunities are not offered to retail people, I think is fundamentally wrong,” says Domingo. “I should be able to invest the same as a Harvard endowment, right? And I think that those laws need to be changed, relaxed and improved. That said, the compliance rules are there for a reason. They’re for investor protection. And I think in crypto people have realized that the lack of investor protection has actually resulted in a lot of retail people losing a lot of money, and that’s wrong. So companies, especially companies that were making a lot of money, should have invested more in compliance to protect their investors because the ones that have ended up suffering are the investors.”

Other possible blockchain applications could involve entirely new ways to structure public funds, according to Miles Radcliffe-Trenner, KKR vice-president of public affairs. “We’re very much for this first offering, following exactly how other private funds are offered in the market,” says Radcliffe-Trenner. “We want to make sure we get this one right. We want to make sure investors have a great experience. But there’s definitely an opportunity in the future to think of other structures that may actually reach a broader audience of investors and be able to tokenize those structures as well.”

Ironically, for technology first adopted by privacy advocates and criminals for its supposed anonymity, Parant says blockchains could eventually help play a role in helping firms more easily comply with anti-money laundering and know-your-customer regulatory requirements. Domingo goes further, contending that issuing securities on a blockchain reduces the likelihood of missteps like the Dole Stock Crisis of 2013, when phantom shares were discovered and no one knew where they came from. He expects lessons learned from decentralized borrowing and lending protocols like Aave, valued at $1 billion, and market makers like $2.5 billion Uniswap will be incorporated into traditional finance.

“These are very novel, blockchain protocols that have a huge applicability to a huge market of trillions of dollars, which is the world of securities,” says Domingo. 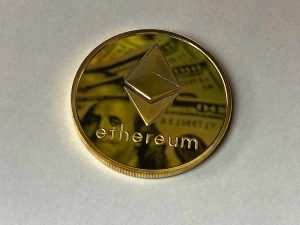 Previous post Ethereum price bullish breakout on the horizon, are investors ready for $2,000?

Senate to review ‘Bitcoin tax’ bill The Federal Government has introduced into Parliament the Treasury Laws Amendment (2022 Measures No....

The partnership will result in the setting up of a Blockchain-ecommerce Centre of Excellence (CoE) that will work on research...

Blockchain gaming is experiencing a meteoric rise in both user engagement and investment, with mainstream gaming studios keeping a close...