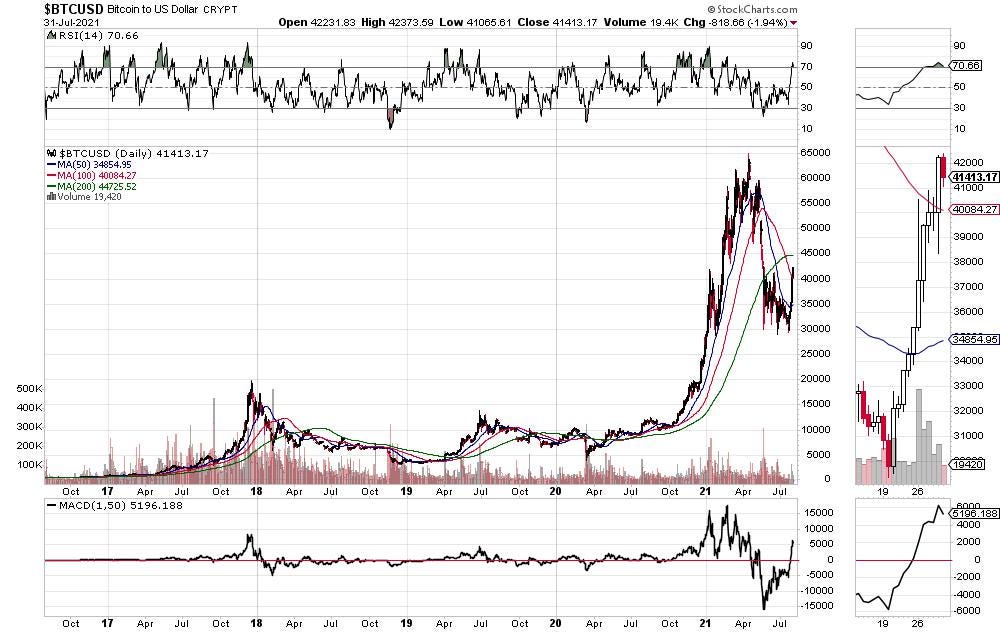 Venture capitalist Tim Draper has been very visible the past few years saying that bitcoin will hit $250,000 by the end of 2022 or early 2023. Trip Chowdhry at Global Equities Research doesn’t have the following that Draper has but his $4 million price target is certainly more bullish than Draper’s.

Bitcoin technology is configured so that there will only be 21 million bitcoins created. Currently there are approximately 18.8 million in circulation priced at around $41,500. This makes the market cap of all bitcoins right around $780 billion.

To put this in a bit of perspective, Apple
has the largest market cap of any company in the world and is worth $2.4 trillion, Microsoft
is at $2.1 trillion and Alphabet/Google is $1.8 trillion.

If bitcoin reaches Chowdhry’s $4 million target and all bitcoins are created, that would make the cryptocurrency’s market cap $84 trillion. Even Draper’s target of $250,000 would make them worth $5.25 trillion.

Trip Chowdhry has 5 reasons that a single bitcoin will be worth $4 million.

1) Bitcoin is “elbowing” for Renewable Energy

Chowdhry believes that as bitcoin’s price increases the number of miners and systems to create a bitcoin will increase. This will lead to higher demand for renewable energy to mine them.

I agree that as its price moves up that there will be more miners and bitcoins created. I don’t see the connection between an increase in energy demand, either renewable or fossil fuels, that drives an increase in bitcoin prices.

2) Bitcoin to get a boost from the IRS

Chowdhry points out that Bitcoin transactions under $10,000 won’t have to be reported to the IRS under proposed legislation and therefore any gains won’t be taxed. This could lead to some increased demand but keep in mind this is proposed legislation, which could be changed in the current bill before Congress or afterwards.

It appears that currently wash sale rules don’t apply to cryptocurrencies. An investor can sell bitcoin if they have a loss and not have to wait the 30 days that is needed when a stock is sold and re-bought to harvest a tax loss.

3) The SEC is supporting bitcoins on public companies balance sheets

Chowdhry believes that since three companies (MicroStrategy
, Tesla
and Twitter) have bitcoins on their balance sheet that all other companies will have to also. Along with every Mutual Fund needing to buy it or become obsolete.

This is another stretch to say every company and Mutual Fund will be buying bitcoins. Huge majorities of CFO’s are too conservative to have a very volatile asset such as bitcoin on their balance sheet. If the price turns down the number of shareholder lawsuits will skyrocket.

It would not be surprising to see a good number of Mutual Funds put a portion of their assets under management into bitcoin or other cryptocurrencies. However, it will be at least a few years, if not longer, before a large amount of capital is committed to them.

4) Bitcoin will continue to head higher

This reason is tied to MicroStrategy buying bitcoins when the price falls. While the company is committed to buying bitcoins, as outlined in this Forbes story, it has taken on a lot of debt and used up any available excess cash already to buy bitcoins. It may not have much incremental buying power to support bitcoin prices.

Chowdhry doesn’t provide further details, at least in the note that I have seen, to say why this is the current situation and will always hold. Political winds can change and what was once safe may not be in the future.

How $84 trillion in bitcoins stack up to other investments

If bitcoin can reach $4 million and all 21 million are created (which they will be if the price gets anywhere close to $4 million) their market cap would be $84 trillion. It would also pull other cryptocurrencies higher, but for now let’s leave their value outside of this analysis.

The total market cap of the 500 companies in the S&P 500 is just above $37 trillion. Bitcoins would then be worth more than two times the value of all these companies.

The Bureau of Economic Analysis published this week that the size of the U.S. economy is $22.7 trillion. At $84 trillion bitcoins would be 3.7x the entire U.S. economy.

The World Bank estimates that global GDP decreased from $87.6 trillion in 2019 to $84.7 trillion in 2020. All bitcoins would be worth the entire global GDP if it reaches $4 million per bitcoin.

CompaniesMarketCap.com estimates that there is $11.5 trillion in above ground gold reserves. For bitcoin to match gold’s market cap it would have to reach approximately $547,600. 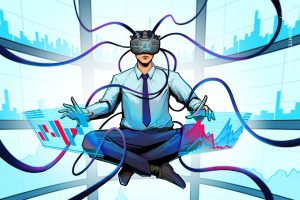 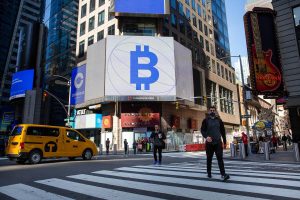