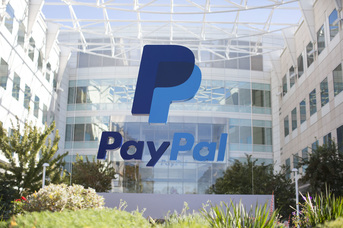 Skeptics abound when it comes to digital currencies, but PayPal Holdings Inc. is out to prove them wrong. Chief executive Dan Schulman, an early enthusiast, made it plain Wednesday he sees the crypto trend not only as the company’s big opportunity, but also as a potential liability if PayPal fumbles the ball.

“This whole idea of establishing a cryptocurrency and blockchain unit within PayPal is how we can be a shaper of that [trend], a leader of that, and not a reactor,” he told equity analysts tuned in to hear the San Jose, Calif.-based payment company’s first-quarter results.

While PayPal did not release numbers regarding its nascent cryptocurrency business, it has in recent months made headlines with its effort to allow users to spend Bitcoin and other crypto with PayPal-accepting merchants. The digital currencies are converted to local fiat money for merchant acceptance. Now, Schulman says, the next big opportunity could lie in central bank digital currencies, which track local fiat money and are expected to avoid the turbulent swings in value that plague Bitcoin and other digital assets.

“We have had quite a number of conversations in the United States and across the world with regulatory bodies and in government,” Schulman said. “We’re understanding the concerns they may have, how CBDCs could be issued. Each government is going to go at a different speed, but there isn’t one government that isn’t envisioning a future with digital fiat currency.”

Besides introducing merchant acceptance last year, PayPal has proved willing to invest heavily in building out a cryptocurrency capability, including security assets. Last month, it closed on its acquisition of Curv Inc., a crypto security firm based in Tel Aviv. PayPal has not disclosed a purchase price, but estimates have ranged from under $200 million up to $300 million. “Both crypto and CBDCs could play a critical role [for PayPal],” Schulman said Wednesday.

Blockchain currencies aside, Schulman hailed the arrival of what he sees as a digital era that he said can only benefit firms like PayPal. Much of this momentum, observers say, has come from the Covid-19 pandemic, which forced many consumers to adopt non-cash payments. “We are now seeing people live a digital life. It’s just a digital world,” Schulman told analysts on the call. “Cash is definitely being replaced. That’s moving to digital, predominantly to debit, which is great from a funding perspective.”

That “funding perspective” matters to PayPal, where active accounts by quarter’s end had grown 21% year-over-year to 392 million, including 31 million merchant accounts. Payment volume reached $285 billion, putting the company on a $1 trillion annual rate.

PayPal’s Venmo service, which for many years was almost entirely a peer-to-peer payments app, in 2017 also became another option to pay merchants in a service called Pay With Venmo. And in February, PayPal opened a Visa-branded Venmo credit card, issued by Synchrony Bank, to all comers. Now, Pay With Venmo is “going to be the majority of revenue” in the future, Schulman said, without being more specific. “We’ve all been bullish on the potential of Venmo. We’re now beginning to see it,” he said. PayPal did not release numbers specifically for Pay With Venmo, but the Venmo service in total racked up $53 billion in volume in the quarter, up 63% year-over-year.

With respect to more recent initiatives, PayPal’s entry in the fast-growing market for installment credit, or buy now, pay later, processed more than $1 billion in the quarter in the U.S market. More than 30,000 merchants have adopted the service so far. And QR codes, which PayPal launched last year as a contactless technology for in-store transactions, are now accepted by almost 1 million merchants, racking up $6.4 billion in volume in the quarter. 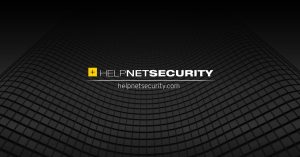 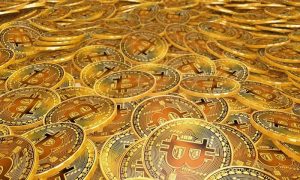