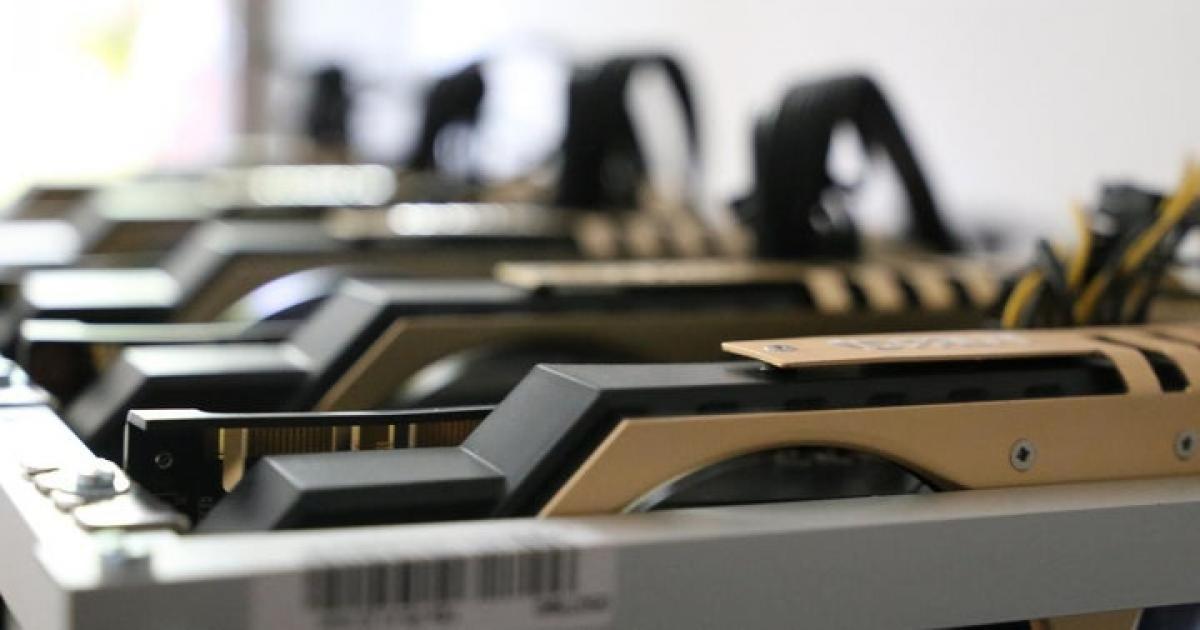 Investors who have owned stocks in the last year have generally experienced some big gains. In fact, the SPDR S&P 500 ETF Trust (NYSE: SPY) total return over the last 12 months is 31.8%. But there is no question some big-name stocks performed better than others along the way.

Riot’s Big Run: One company that has been an excellent investment in the last year has been Bitcoin (CRYPTO: BTC) mining stock Riot Blockchain Inc (NASDAQ: RIOT).

In fact, economic shutdowns around the world facilitated a broad shift from cash toward digital payments, creating a tailwind for Riot and other cryptocurrency stocks. The more than $6 trillion in U.S. government stimulus measures also triggered concerns over rising inflation levels.

As a result, cryptocurrency prices soared, which was great news for Riot’s Bitcoin mining business. Riot owns 2,243 BTC, owns a fleet of 24,000 Antminer rigs and has a total hash rate capacity of 2.4 exahashes (2.4 billion billion hash calculations) per second.

At the beginning of 2020, Riot was trading around $1.14. By the beginning of March, the stock was still trading at $1.16 as news of the virus spreading in China prompted concerns about a U.S. pandemic. On March 15, Riot plummeted to its pandemic low of 51 cents as global stock markets tanked.

The good news for Riot investors is that the stock bounced off that level as the S&P 500 began to stabilize and the government started printing money.

By April 6, Riot shares were back over $1.00. By mid-December, surging crypto prices send Riot shares over the $10 level.

Related Link: If You Invested $1,000 In ChargePoint Stock One Year Ago, Here’s How Much You’d Have Now

Bitcoin In 2021, Beyond: Fortunately for Riot investors, new multi-year highs were just the beginning.

On Jan. 19, 2021, influential Tesla Inc (NASDAQ: TSLA) CEO Elon Musk added #Bitcoin to his Twitter bio and tweeted “In retrospect, it was inevitable.” On Feb. 8, Tesla announced it had purchased $1.5 billion in Bitcoin and would begin accepting it as payment for Tesla vehicles.

Bitcoin pulled back significantly since that peak after Musk reversed course in May and said Tesla would no longer be accepting payment in Bitcoin due to the negative environmental impact of Bitcoin mining. Riot shares dropped back to as low as $20.68 in May.

Bitcoin prices have recently rebounded back above $50,000, but Riot shares have continued to struggle to make new highs, recently trading at $25.73.

Still, Riot investors who bought one year ago and held on have generated huge returns on their investments. In fact, $1,000 in Riot stock bought on October 5, 2020, would be worth about $9,985 today.

Looking ahead, analysts are expecting more gains for Riot in the next 12 months. The average price target among the five analysts covering the stock is $50, suggesting 94% upside from current levels.

© 2021 Benzinga.com. Benzinga does not provide investment advice. All rights reserved.

Blockchain technology has been trending in recent years. This technology allows a secure way for individuals to deal directly with...

by Adilin Beatrice October 16, 2021 Over the past decade, blockchain and cryptocurrency have started from scratch and made into...

Blockchain has been around for more than a decade and it undoubtedly comes with tremendous potential to change the way...

While Axie Infinity may be stealing the show, a report by DappRadar on the state of blockchain gaming puts several gaming...

Tim Sweeney, the CEO of Epic Games, stated that games utilizing blockchain tech are welcome on The Epic Games store, The...