Adminchain
New Delhi: Elon Musk has once again created a buzz in meme token world, which has now gone crazy for Shiba Inu (SHIB) coin. The made-for-fun digital token has soared a whopping 55 per cent to $0.00001312 in the last 24 hours.

SpaceX CEO Elon Musk tweeted a photo of the newest member in his family, a pet, Floki, the Shiba Inu puppy, sitting on a Tesla. In September, he had shared a post welcoming a new member to his family.

Following Musk’s tweet, crypto fanatics went crazy over the coin as volumes of SHIB have soared over 770 per cent in the last one day.

The breed happens to be the mascot of Musk’s favourite crypto currency Dogecoin. The Tesla CEO has also been called the ‘Dogefather’ by netizens.

However, Musk is not the only reason for Shiba Inu’s instant vertical rally.

“However, it started as a meme coin with no use case but that is being changed as the team seems to be working on certain things like a decentralized exchange,” he added.

Not only Shiba Inu, other meme tokens like Husky and Shiba Cash soared 140 per cent and 75 per cent, respectively. Other tokens like Akita Inu, Baby Doug, Doggy, Kishu Inu and Pitbull rallied between 15-35 per cent.

Musk’s favourite, Dogecoin soared 12 per cent to $0.2484 on Tuesday, regaining its spot as ninth largest cryptocurrency based on market capitalisation.

Market experts say the crypto market is still in a nascent stage. Hence, it reacts to mercurial figures like Musk.

Arora said investors should stay away from such one-time wonders until there is anything substantial behind it.

“Most people do not have the grasp of their investment thesis and merely follow some influencer and buy such meme coins, ” he said. “However, early Doge investors last year did quite well, so it is not as black and white as most want it to be.” 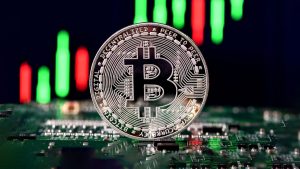 calculate and analyze stockWritten by Ambrose O'Callaghan at The Motley Fool CanadaThis spring and summer, it looked like the crypto...

Bitcoin (CRYPTO: BTC) and Ethereum (CRYPTO: ETH) were among the best performing cryptocurrencies of the week, with both hitting fresh all-time...