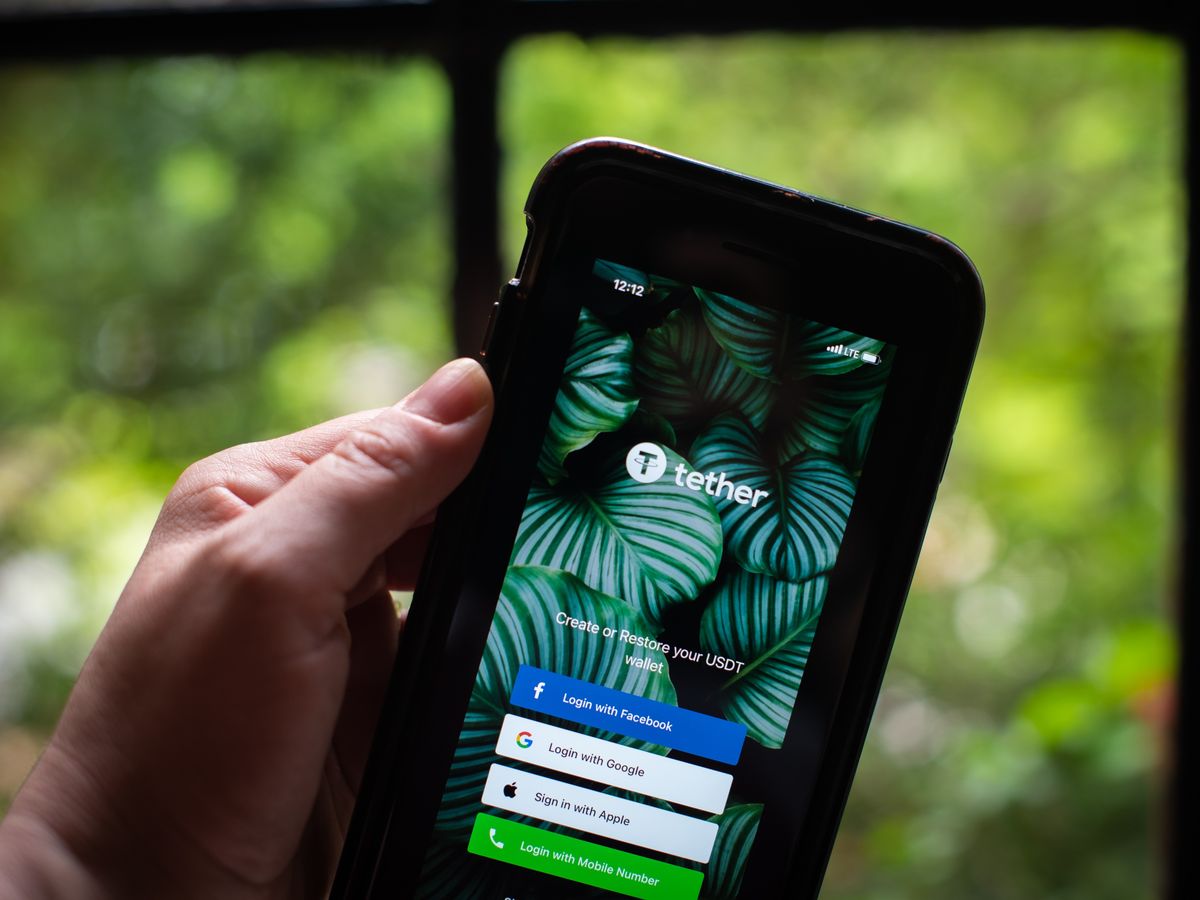 On Sept. 16, 2008, the day after Lehman Brothers filed for bankruptcy, the Reserve Primary Fund “broke the buck”: Its net asset value fell below $1 per share. The fund — often called the first money-market fund — held $785 million of Lehman commercial paper that was suddenly worthless. Although the paper represented only 1.2% of the fund’s total assets of $64.8 billion, demands for withdrawals escalated, and the fund lost two-thirds of its assets within 24 hours. This triggered a general run on money-market funds that stopped only when the U.S. Treasury issued an extraordinary guarantee of essentially all money-market fund liabilities. The episode underscored how important that $1 net asset value is to investors.

Certain cryptocurrencies known as stablecoins are today’s economic equivalent of money-market funds, and in some cases their practices should have us worried that they could break the buck, creating significant damage in the broader crypto market.

One such stablecoin is Tether. With a market capitalization close to $60 billion, it is almost as big as the Reserve Fund was in 2008. Each Tether token is pegged to be equivalent to $1. But, as with the Reserve Primary Fund, the true value of those tokens depends on the market value of Tether’s reserves — the portfolio of investments made with the fiat currency it receives.

Tether recently disclosed that as of March 31, only 8% of its assets were in cash, Treasury bills and “reverse repo notes.” Almost 50% was in commercial paper, but no detail was provided about its quality. “Fiduciary deposits” represented 18%. Even more troubling: 10% of total assets were in “corporate bonds, funds & precious metals,” almost 13% were in “secured loans (none to affiliated entities),” and the remainder in “other,” which includes digital tokens.

Tether separately provided a report from the accounting firm Moore Cayman stating that Tether’s assets exceed “the amount required to redeem” outstanding tokens. But that report provided no description of assets. It appeared to be based solely on management’s accounting, noting that Tether’s policy is to use “historic cost,” and that “the realizable value of these assets … could be materially different.”

These facts should put holders of Tether — and other stablecoins — on notice that they may have trouble getting back $1 for each token. Tether doesn’t claim that its tokens are backed by fiat currency. It simply says its tokens “are 100% backed by Tether’s reserves,” which are defined so broadly that any asset could qualify. Tether also says it “reserves the right to delay any redemption or withdrawal if such delay is necessitated by the illiquidity or unavailability or loss of any Reserves” and that it “reserves the right to redeem Tether Tokens by in-kind redemptions of securities and other assets held in the Reserves.”

A money-market fund would never be allowed to follow such policies. The Securities and Exchange Commission permits money-market funds to use a $1 NAV under stable pricing conventions — valuing assets at amortized cost rather than at market price, and using “penny rounding” pricing — only on the condition that they limit their risk. Their investments must have minimal credit risk and short maturities, such as with short-term government securities and high-quality commercial paper, and they must limit the amount invested in any one issuer. The fund’s board must also believe that a $1 NAV reflects the market value of its assets.

But stablecoins like Tether face no such constraints. There is no U.S. legal framework for regulating them. There are no requirements on how reserves must be invested, nor any requirements for audits or reporting.

If some of Tether’s investments were to become worthless or decline in value, it would suffer the equivalent fate of breaking the buck. And if, for any reason, a wave of Tether holders suddenly tried to convert their tokens to cash, we do not know whether Tether could liquidate sufficient investments quickly to satisfy the demand.

The consequences of such an inability to meet a sudden wave of withdrawals could be significant in the larger crypto ecosystem. Tether is the most widely traded cryptocurrency; its recent volume has been more than twice that of Bitcoin. Coindesk recently described Tether as “a key piece of plumbing for the roughly $2 trillion global crypto market” because traders “use it to quickly transfer dollar value between exchanges to capture arbitrage opportunities when a bank wire is unavailable or too slow.” A JPMorgan research report earlier this year said that 50% to 60% of all Bitcoin trades are for Tether, and that trading is dominated by proprietary trading firms using high-frequency algorithmic strategies. If those algorithms were turned off — as has happened in Treasuries and other asset classes when volatility increases — there could be a significant drop in liquidity. “A sudden loss of confidence in [Tether] would likely generate a severe liquidity shock to Bitcoin markets,” it noted.

It’s easy to imagine further collateral consequences, particularly because the recent rise in crypto prices has likely been fueled in significant part by debt. When liquidity suddenly declines, and prices fall, those with leveraged positions get squeezed.

Approximately 65% of Tether tokens are held through the Chinese exchange Huobi, according to the crypto analysis firm Long Hash. It could be that Chinese investors convert renminbi into Tether in order to trade other cryptocurrencies while avoiding legal or regulatory constraints. According to Coinmarketcap, ownership is also heavily concentrated. Although there are almost 3.5 million addresses that hold Tether tokens, the top 10 addresses hold 24% and the top 100 hold 41% of all tokens. That could increase the risk of a run.

Just two years ago, the risks of stablecoins were brought to the public’s attention by Facebook Inc.’s proposal for Libra. It wanted to create a “simple global currency” or stablecoin that would be pegged to a basket of fiat currencies. That provoked widespread opposition from central bankers and politicians, many fearing it would undermine sovereign currencies. Facebook then had to promise in congressional hearings that it would not launch the idea unless regulators approved.

In the months that followed, the Financial Stability Board proposed some principles for regulating stablecoins, which the Donald Trump administration largely endorsed in a statement last December. These included restrictions on reserves, limits on risk and transparency requirements. Libra, now called Diem, has been redesigned to address many of these concerns. But regulators have not approved it nor, more important, has the U.S. implemented the board’s principles generally.

Last fall, the Office of the Comptroller of the Currency issued guidance that said national banks could hold stablecoin reserves if they verified daily that the reserves were at least equal to the outstanding tokens. But stablecoin issuers do not have to follow the OCC guidance. Tether, for example, keeps its reserves in a small bank in the Bahamas.

We need to strengthen the regulation of crypto-assets generally and in particular stablecoins. A bill has been introduced in Congress that would require that stablecoins be issued by a bank and would impose certain standards, but whether it moves forward is anyone’s guess.

So perhaps Gary Gensler, the new chairman of the SEC, should explore regulating stablecoins in a similar fashion to money-market funds: The issuance of a stablecoin should be conditioned on following risk-limiting practices designed to ensure that the tokens are in fact worth that price. These should limit investments of reserves to those of minimal credit risk and short maturity. There should be liquidity requirements as well.

The SEC is about to revisit the adequacy of its regulations on money-market funds because the reforms it imposed following the 2008 financial crisis were not sufficient. When financial markets became highly stressed in March 2020, a run on money-market funds was prevented only by the extraordinary interventions of the Federal Reserve. Let’s hope regulators look more closely at stablecoins before we experience the crypto version of breaking the buck.

This column does not necessarily reflect the opinion of the editorial board or Bloomberg LP and its owners.

To contact the author of this story:
Timothy Massad at timothy_massad@hks.harvard.edu

To contact the editor responsible for this story:
Brooke Sample at bsample1@bloomberg.net

Before it’s here, it’s on the Bloomberg Terminal. 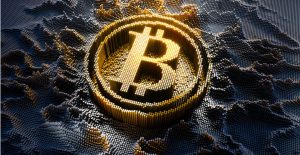 Next post Bitcoin: The Top Is Probably Already In – Seeking Alpha