Adminchain
New Delhi: Major cryptocurrencies extended their gains on Thursday, thanks to strong action in altcoins. Most of them recouped their weekly losses and were back in green.

All top 10 cryptocurrencies were higher at 9.30 hours IST. Polkadot rallied as much as 18 per cent, whereas Bitcoin was back in action crossing the $58,000 mark as investors bought the numero uno digital token.

In the meantime, Indian cryptocurrency exchanges have started reporting and blocking trading accounts, which undertake suspicious trades after government agencies raised red flags over cryptocurrencies being used for money laundering.

Tech View by Giottus Cryptocurrency Exchange
Cardano is a blockchain platform much like Ethereum. In fact, it was incepted by one of the co-founders of Ethereum – Charles Hoskinson. One of the most popular altcoins, Cardano enjoys strong community support and went on a bullish run that saw it appreciate by 200 per cent between July and September. The rally was fueled by the launch of its much-awaited smart contract functionality, and as the hype (and its price) now settles, it’s time to look at its short-term prospects.

After hitting $3 in September, ADA experienced a significant pull back to $1.9. It has since then been trading in a narrow symmetrical triangle close to the $2 mark. Having already rejected from its 50-day moving average at $2.4, ADA may be about to complete its bearish cycle and prepare itself for a leg up.

Those looking for long positions can expect $2.25 and $2.36 in the short term as the first resistances, beyond which a target of $2.5 will come into play. Should the market turn bearish, $2.03 (key daily and weekly level) should provide some support, followed by subsequent strong support at $1.9.

With Cardano’s MACD indicating a bullish crossover, and an RSI (6) on the 4H chart still close to 60, the coin certainly has the fuel for upward movement.

(Views and recommendations given in this section are the analysts’ own and do not represent those of ETMarkets.com. Please consult your financial adviser before taking any position in the asset/s mentioned.) 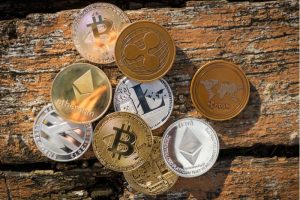 Next post Will the U.S. or India Be the Larger Crypto Market in 2023? By DailyCoin