For the United States, a dubious crown to claim.

China, of course, has banned pretty much everything related to crypto — including mining — which gives the United States top berth with that part of bitcoin production.

The U.K.’s Cambridge Centre for Alternative Finance said on Wednesday (Oct. 13) that China has a zero percent market share in mining (“hash rate”), where earlier in the year that percentage was about 44%; two years ago it was 75%.

Now, as measured at the end of August, the U.S. has a hash rate share of 35.4%, where earlier in the year, this spring, it had been about 16%. Kazakhstan and Russia follow, with respective market shares of 18% and 11%, the data show.

As the Centre noted, China’s ban on mining, in June, led to a 38% drop in global hash rate in one fell swoop.

“That initial 38 percent drop in global hashrate in June was partially offset by a 20% ‘bounceback’ over July and August, suggesting that some Chinese mining equipment has been successfully redeployed overseas,” the Centre said in its announcement. Estimates show that as of early October, the hash rate trajectory is indicating that all, or nearly all, of that June downturn will “be fully recovered soon. If the August data updates are an indication for the future, then that recovery will likely be further distributed predominantly between the largest share gainers — US, Kazakhstan and the Russian Federation.”

We contend that the shift of bitcoin’s production may cheer bitcoin bulls — namely that China’s would-be rout is simply a bump in the road toward getting the famous “21 million” bitcoins mined. But with such an outsized “production presence” in the U.S., there’s room for increased scrutiny from regulators and lawmakers, and perhaps even a way to blunt bitcoin’s adoption in mainstream commerce.

As reported last month, U.S. senators Maggie Hassan (D-N.H.) and Joni Ernst (R-Iowa), proposed legislation that that would require the Treasury Department and other agencies to track cryptocurrency mining and global use cases.

The bill would require the Treasury Department, Attorney General, U.S. Trade Representative, the Office of the Director of National Intelligence and members of the Federal Reserve to monitor how crypto is used by foreign governments and private companies. The agencies are tasked with tracking how and where cryptos (in general) were and are being mined.

With so much production onshore, so to speak, it might be a strategic move — and a matter of policy — to restrict those mining activities, in part due to energy consumption concerns. But in doing so, the path may be paved a bit to give central bank digital currencies (CBDCs) and other crypto competitors a bit  more latitude toward getting accepted.

NEW PYMNTS DATA: DIGITAL BANKING STUDY – THE BREWING BATTLE FOR WHERE WE WILL BANK

About: Forty-seven percent of U.S. consumers are shying away from digital-only banks due to data security worries, despite significant interest in these services. In Digital Banking: The Brewing Battle For Where We Will Bank, PYMNTS surveyed over 2,200 consumers to reveal how digital-only banks can shore up privacy and security while offering convenient services to satisfy this unmet demand. 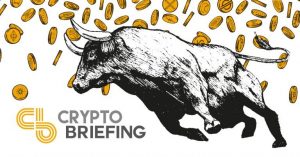 Next post Forkast, AAX Present “Bitcoin & Beyond” on November 10

Is a Bitcoin Supply Crisis on the Cards?  BeInCrypto Source link