RIOT Blockchain stock failed to rally with most of its peers on Thursday and was, from what we can tell, one of the few crypto stocks that finished the session in the red. With crypto stocks getting a boost from the ongoing strong performance of Bitcoin. It was not much of a surprise to see the crypto stocks rallying, but why the relative underperformance then from RIOT? Well, a strong performance on Tuesday may have something to do with it, and so it actually was ahead of its peers in the performance stakes. Bitcoin did also actually slip a bit on Thursday despite being at high levels. Bitcoin though is beginning to look more and more bullish with strong green candles in the recent move up. The red candles are small, and Thursday’s move lower was not strong in comparison.

On Tuesday RIOT released September production numbers and operations updates. The headline was strong with a yearly increase in production of 346%. In September 2021 RIOT Blockchain produced 406 BTC compared to 91 BTC in the same month a year earlier. As of September 30, 2021, RIOT said it holds approximately 3,534 BTC, all of which are from its own mining operations. The company currently has 25,646 miners with a hash rate capacity of 2.6 exahash per second. RIOT aims to increase this to 7.7 exahash per second by Q4 2022. This would be a strong growth rate and strong outlook if the targets are achieved. With 3,534 Bitcoin, at current prices that equates to nearly $184 million worth of Bitcoin.

This one is starting to look more and more interesting to us from the long side despite the downward trend evident on the chart since August. For starters, the Moving Average Convergence Divergence (MACD) has bottomed out and is crossing into a bullish signal. The Relative Strength Index (RSI) also looks to have bottomed out. As mentioned, the sector was strong on Thursday, but RIOT stock lagged a bit and Bitcoin has powered ahead and looks to remain bullish with consolidation above $50,000. We need confirmation though before going long. A strong move with confirmation from the RSI breaking the down trend line would do the trick.

FXStreet View: The chart remains bearish, neutral above $27, bullish above $33.

FXStreet Ideas: Looking to buy a breakout. Look for a strong move with confirmation from the RSI. 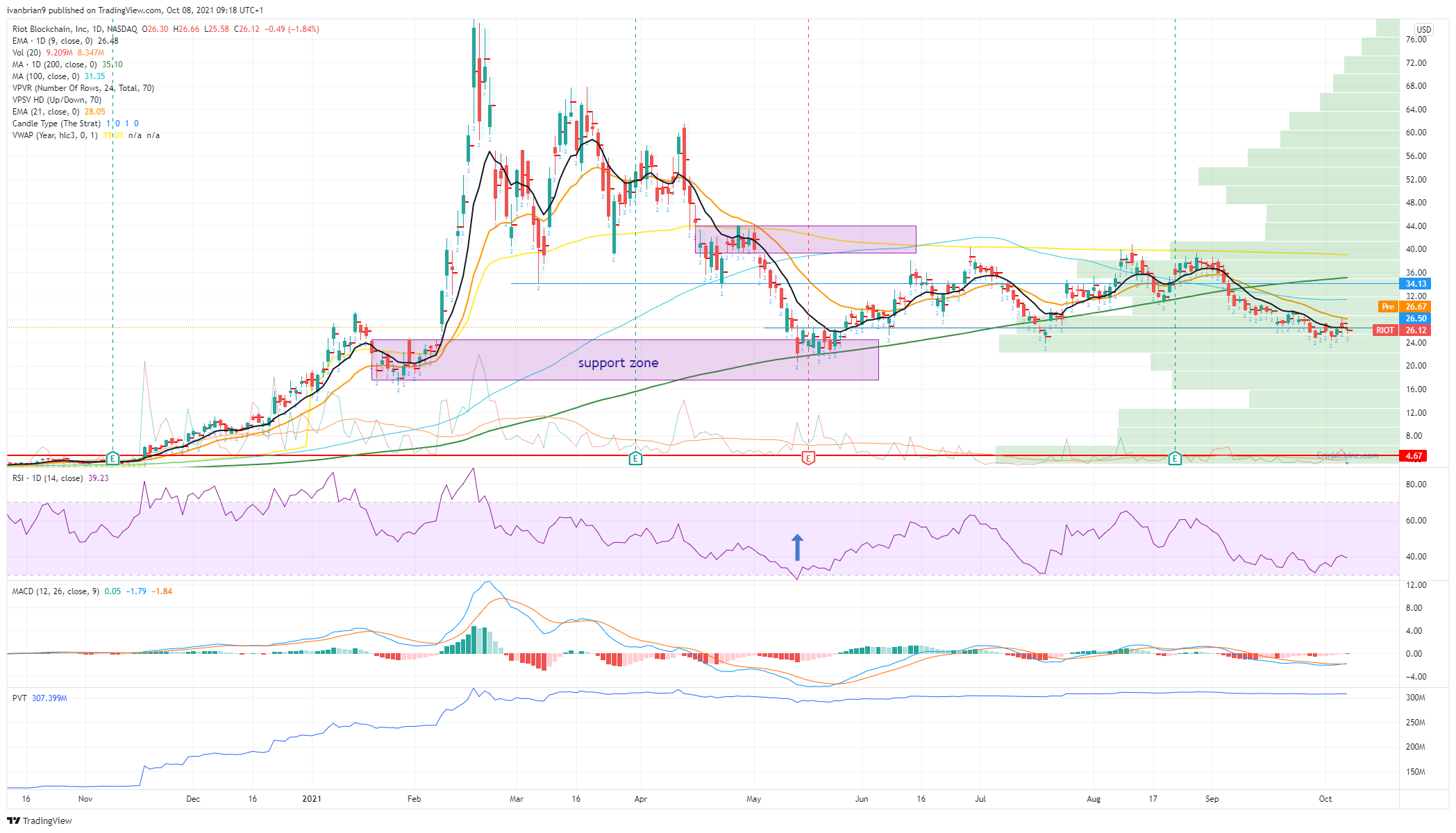 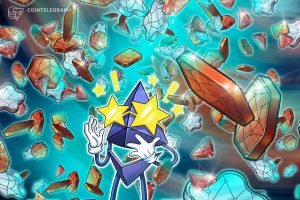 Next post The major securitization benefits of blockchain in RMBS deals