The first cryptocurrency was created more than 10 years ago. Despite this, the crypto market continues to be highly volatile. Prices of cryptocurrencies can soar or plummet within hours. Corrections of 50 percent or more happen a few times a year to all the major cryptos. Here’s why there’s such volatility in the market.

There are a number of reasons behind the instability in the crypto market.

Express.co.uk has spoken to three crypto experts to find out what influences such dramatic price fluctuations in the crypto world.

A finite amount of crypto coins are mined. These are largely held by a limited number of big investors in the market.

Marcus de Maria, Co-Founder and CEO of Investment Mastery, told Express.co.uk: “Data shows that most coins are held in wallets and very few on exchanges, creating a lack of liquidity.

“If a bigger player wishes to buy or sell, the impact on price is quite large, hence the volatility.”

He added: “These larger players, called the “Whales”, tend to sell bigger amounts and push down the price in order to buy back cheaper.

“They can do this because of the lack of liquidity in the market. As the price goes down, smaller retail players tend to panic sell and the Whales seize the opportunity to accumulate again.”

A “gold rush mentality” is another reason behind the market’s volatility.

Some see investing in crypto as a get rich quick strategy.

Lots of investors “panic buying” cryptos can see prices unsustainably pushed up in a short space of time.

Katharine Wooller, managing director of Dacxi told Express.co.uk: “Volatility in cryptocurrency is no different than forecourt prices in the recent petrol crisis.

“There a combination of real-time shortage and petrol buyers’ panic buying through FOMO [fear of missing out] pushing prices at the pump sky high.”

Comments from Governments and influential figures

Messaging from Governments and notable figures can deter or attract investors, causing prices to change quickly.

China’s crackdown on cryptocurrencies, for example, has dramatically influenced the market.

In late September, the People’s Bank of China said all crypto-related activities were illegal in the country, which meant the price of many cryptos dramatically fell.

Comments from influential figures, such as Elon Musk, can have just as dramatic an effect on the market as Governments can.

Prices of Shiba Inu rose by more than 400 percent this week after Elon Musk posted a tweet related to the currency.

Ms Wooller said: “A further complication is a plethora of yea-sayers and naysayers from Governments and regulators worldwide, whose conflicting views push and pull investor sentiment, moving prices.”

The first decentralised cryptocurrency (bitcoin), was created in 2009.

Only around 300 million people are involved in the crypto market, according to research by Investment Mastery, and so many cryptos are still in the process of finding their natural price.

Curtis Ting, Managing Director EMEA, Kraken, believes the relative youth of the market is an important reason behind its current instability.

Mr Ting told Express.co.uk: ”By their very nature, technological revolutions are often accompanied by periods of acute volatility as the free market attempts to price in innovation – the cryptocurrency space is no different.”

But he added that over time the crypto market should stabilise as regulations around it are clarified and as institutions begin to adopt and accept these currencies. 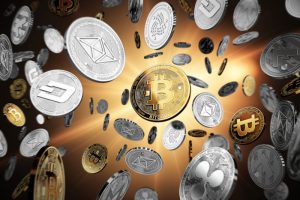 Next post Brutal Bitcoin Bear Markets a Thing of the Past, Says Crypto Investment Giant CEO – But There’s a Catch

Appetite for crypto may be nearing another level of unbridled enthusiasm, at least by gauging the top Apps being downloaded...